Log in
By Ergon_Talfo - Canada - Scarborough
Today, after moving to a new neighbourhood, I went to meet my new neighbour. When she opened the door, all she said was, "Oh not you again!", and shut the door in my face. I have no memory of her. FML
I agree, your life sucks
35604
You deserved it
2978
58 Comments
Favorite
Tweet
Share 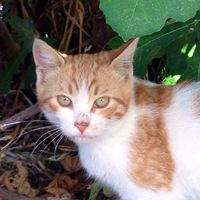 Ergon_Talfo tells us more :
I knocked on the door again and she yelled for me to go away saying she didn't want to buy anything. At this point I understood what was going on. As it turns out, for the past couple days she's been getting salesmen knock on her door and try to sell her something. We talked it out and is clarified that I was actually her new neighbour an not someone trying to sell her something. In the end everything turned out alright and she actually brought me fresh baked cookies later on. They were good. Anyways just wanted to clear up that it was a misunderstanding and she didn't mean any harm.
Miscellaneous