Log in
By indiansbaseball4 - United States
Today, while at a bar a woman of about 40 came up to me and asked me to dance, and being only 20 I thought I had met the perfect "cougar" for a one night stand. After a few up-beat dances, a slower song came on and we continued to dance. She started sobbing and claimed I was the son she never had. FML
I agree, your life sucks
292
You deserved it
12986
93 Comments
Favorite
Tweet
Share 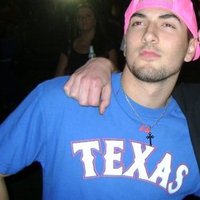 indiansbaseball4 tells us more :
In Texas there are TONS of bars that are 18+....for all of you that claim it has been on a show, that's your own prerogative and you might need to get out more and quit watching so much TV. Just sayin'....BUT what's so bad about trying to experience an older woman while I'm still young enough to do something about it?? haha. Bad thing about the whole deal was, I never made a move on her other than dancing and I wasn't even looking at her when she started sobbing out of control! After the comment I bought her a drink, and never even glanced her way again. FYI, while I don't have a "fake," I use my brothers I.D., so as far as the bars are concerned, I'm 25..good call synchroskater
Miscellaneous Today, while out of town, I got a hysterical phone call from my teenage nephew who was pet-sitting at my house. My geriatric dog, who seemed fine when we left, had died during the night. Now my family is mourning the dog and my nephew is traumatized. FML
I agree, your life sucks
1462
You deserved it
113
3 Comments
Favorite
Tweet
Share
By Anonymous - United States - Prairie City

Are you kidding me?? They're successful, don't have drama, don't say &quot;like&quot; with every sentence, actually have real problems not like 20 year olds getting their panties in a bunch over the stupidest things, they pay for dinner (yeah, you should try it sometime), will show you everything! Not the other way around, they don't play stupid games, they don't test you, they don't need presents, don't need to know &quot;where this is going,&quot; don't want kids (my cougar doesn't have any either), AMAZING SEX - they will teach you everything!

Look, if you guys want some dumb stuck up bitch that will bother you 24/7 about the STUPIDEST shit, an immature little brat, fake, phony, more times then not - RETARDED! go for it.

Once you go for a cougar,
you'll never mess with a kitten

&quot;I cut down trees, I skip and jump,
I love to press wild flow'rs.
I put on women's clothing,
And hang around in bars.&quot;
Send a private message 8 2 Reply
Reply
thatoneguyinca is right on the money, except he leaves out one important point.