Log in
By DandoisFLAT - United States - Milford
Today, my girlfriend texted me "I think we should move in". Then, ten seconds later she sent another text that said, "Sorry, typo. Move on". FML
I agree, your life sucks
55029
You deserved it
3285
114 Comments
Favorite
Tweet
Share 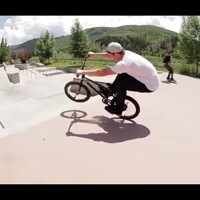 DandoisFLAT tells us more :
Hey, just wanted to inform everyone that yes, she is obviously my ex-girlfriend now and that i'm feeling fine. I was actually out skateboarding with some friends when i got the texts from her, and once i showed them, they made me feel a lot better. We were actually dating for a year and almost two months, but i never thought she would end it like that. So between my friends and the support from you guys i realized that i deserved better then her and i'll be more careful next time in choosing a partner. Thanks guys :)
Love

Not on a plane