Log in
By GPemTGM - Australia - Canberra
Today, I went to see my grandfather in hospital, to see how well he's recovering from his stroke. He asked who I was. After I told him I'm his grand-daughter, his head almost rolled off his neck in disappointment. FML
I agree, your life sucks
24314
You deserved it
2279
70 Comments
Favorite
Tweet
Share 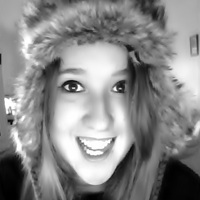 GPemTGM tells us more :
At #24. I know my grandfather better than anyone. He remembered me when he saw me and asked if my brother was my husband, I told him he wasn't and he smiled. Then later when I told him I was his grand-daughter, that's when he looked disappointed. I love him more than anything it broke my heart.
Health

That's how I would have written the first sentence.
Send a private message 2 13 Reply
Reply
People in different countries write things differently because they have different grammar rules/structure. Idiot.
Send a private message 10 2 Reply
Are you seriously so self centered that your entering that as an fml? Get over yourself. He just had a stroke and is most likely extremely confused with what's going on. Just keep visiting, and loving him.