Log in
By Misshhh - 19/7/2013 04:02 - Canada - Vancouver
Today, I went on a blind date and we seemed to have hit it off nicely. I asked him if he could drive me home. Along the way he stopped on a pitch-black road and told me to get out so he could take a picture. He then gave me my bag and drove off, leaving me stranded in the middle of nowhere. FML
I agree, your life sucks
54451
You deserved it
8567
158 Comments
Favorite
Tweet
Share 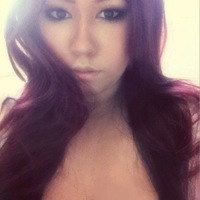 Misshhh tells us more :
Hey guys! This is OP and let me tell you the whole story lol. This actually happened last year and usually I don't go out (social anxiety) my friends knew this, one of my best friends set me up with him and she said he was cool and "nice/trustworthy" I was hesitant to go because I didn't think it would go well.. I was right. We met up at the mall and hung out for a bit, talked, I was surprised I had a semi good time and saw him more as a friend. The only reason I asked if he could drive me home was because I didn't have any change for the bus and I was quite in a hurry to go home, he said sure and along the way he told me about some more of his interests and how he and his friends go "ghost hunting".. Of course I thought this was weird but I have a pretty open mind.. This is where he was getting creepy. He stopped at the pitch black road because apparently there was this tree where when girls stand beside this tree and a picture is taken, A man is seen standing next to her, he told me to get out of the car, he actually took my picture and then it seemed he had a phone call, he called me over to take my bag, and he drove off.. (Another car was behind him) thinking he would come back, I patiently waited, he never came back, I called this guy a bunch of times asking him what was going on and why he left me there.. All I got was his voicemail.. And then I got a text from his "friend" saying: "take a taxi home, we're at Burger King". I panicked and called the police, I broke down because of an anxiety attack, I had to walk a long dark path just to find a street where they could come find me, I explained my situation, I unfortunately didn't get his licence plate number. I guess the police felt a little bad for me and dropped me off home. I slept it off. When I got up the next morning he sent me a text with the following message: "hey! I had a great time last night! I sure did", I told him he was a psycho path and there was no way of a second date, he then responded with "awe I'm sorry baby.. Xoxoxoxo". Some people are truly messed up
Transportation