Log in
By marigoldcobain - United States - San Antonio
Today, I was talking to my friend in Spanish because he understands it better than English. We were in the middle of a discussion about a TV show when some guy from our school ran up, spat on my shoes and screamed, "I SPEAK SPANISH, STOP TALKING ABOUT ME!" and ran away. FML
I agree, your life sucks
34915
You deserved it
3168
76 Comments
Favorite
Tweet
Share 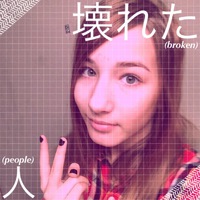 marigoldcobain tells us more :
Knock knock! Who's there? You're a dumbass. I'm OP and he already knew English pretty well, he just doesn't excel in it. Let's also just keep in mind I live in Texas and we were only having a casual conversation. The purpose wasn't to help him understand the English language, it was just to have a normal conversation. I don't think continuing conversations in his first language will make him automatically forget his second.
Miscellaneous I Just Don't Know What To Do With Myself

We live in a society!

That's basically saying &quot;you live in AMERICA speak ENGLISH.&quot; People like that piss me off so much.