Log in
By UnicornWaffles - Taiwan - Taipei
Today, I had sex with a guy I really had a connection with. It went perfect until I complimented how his moans during sex turn me on a lot, and he responded with, "That's what my mom told me." I laughed so hard we couldn't go on. FML
I agree, your life sucks
21967
You deserved it
3266
87 Comments
Favorite
Tweet
Share 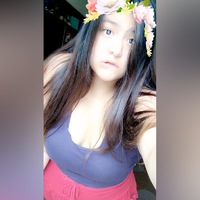 UnicornWaffles tells us more :
Hey fellas, quick clarification. When he said what he said I just blurted out laughing, because to me it obviously was a joke. Further confirmation would have either ruin the joke or ruin sex with him forever. He may have very well been a mother-fucker but I wouldn't need to know, as we're not dating each other. That being said, I'm positive it's humor, and any humor is a good laugh to me if you appreciate the other person's intension to make you happy. I did forbid him to say that again in bed though; it'll just be creepy a second time. Thanks for you comments :) we had a good laugh.
Intimacy