Log in
By popularonion - Canada - London
Today, I came to class, prepared with my notes for the debate we were having today. My teacher then told me that I would be representing the opposite side I chose, despite her saying we could choose our own sides. This happened minutes before the debate started, and my notes were useless. FML
I agree, your life sucks
20803
You deserved it
2192
64 Comments
Favorite
Tweet
Share 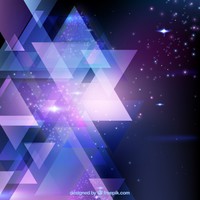 popularonion tells us more :
Hey guys, OP here! I finally made an account because my FML got published! (Wow! I didn't actually expect it to!) While I agree with the comments that say I should have reviewed debate points from the other side, it was a pretty sudden thing for my teacher to do (I think she told me 5 minutes before the debate started) and not only did I not have very helpful notes, I was kind of shaken up by the change, which definitely didn't help me. The way we were doing the debate was one-on-one, with both people arguing their points at separate times. She only switched me, and that was because the side I originally chose had 2 more people than the other side, and she thought I was a strong enough debater (even though I really don't think I am) that I could easily adapt. In the end, everything was fine, I managed to write a few points down from my original notes, and I stumbled through them for the length of the debate. (Two minutes for each person, so it wasn't too long) My teacher apologized, but said I did well nonetheless. Thank you to everyone who commented!
Miscellaneous Join in the fun

Force of habit, or just mean?

He may be disappointed

Also, here's a tip when it comes to preparing for a debate: find the most valid points you can against your position, develop an argument from that position, then develop a refutation of that argument. This will let you not only understand both sides of the issue, but you will have a very strong argument for your side. Had you done this, you'd have had something to go on during your debate.
Send a private message 13 0 Reply
That's a rather important lesson. I spent 7 years podcasting and a huge part of our show was debate. Regularly, for debates sake, you have to play Devil's Advocate and argue a position you don't necessarily agree with. That's why it's less important to pick a side and more important to get properly informed on both sides.
Send a private message 9 0 Reply
Next
Spicy
Today, my sausage dog ate my cat's turds and barfed them all over my bed. Try convincing the girl you just brought home to get into bed after that. FML
I agree, your life sucks
328
You deserved it
95
3 Comments
Today, I caught my husband setting up an affair with my old school-friend. I have chronic pain, a hormone imbalance and some other issues that means I'm...
I agree, your life sucks
708
You deserved it
94
2 Comments
See all the Spicy FMLs
© Beta&cie, All rights reserved