Log in
By cwl727 - United States - San Francisco
Today, a customer threw his hot coffee all over me, because it was taking "too long" for their credit card to be approved. FML
I agree, your life sucks
48061
You deserved it
3224
125 Comments
Favorite
Tweet
Share 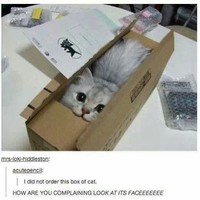 cwl727 tells us more :
So I am doing a follow up on this because for some reason a different name was put as the author, I have contacted FML about it. This happened about 2 years ago when I worked at a theme park in Orlando. The guy was buying tickets and I told him that the computer told me I had to call the credit card company. I asked if he wanted me to use a different card and he said no and was fine with me calling to get authorization. I was on hold with the company and it was taking too long for him. He started complaining and I told him I was on hold but instead of calming down he threw his coffee on me. It was not scorching hot but it was hot enough that it did burn a bit. Security came over and escorted him off the premises and he is now banned from the entire company's property. I didn't sue in fact it was just another story to tell my friends and family.
Work