Log in
By 1111222233334444 - United States - Williamson
Today, my school received the ranking for state tournaments. We're last. Our cheerleaders are too embarrassed to cheer for us. FML
I agree, your life sucks
36896
You deserved it
5293
51 Comments
Favorite
Tweet
Share 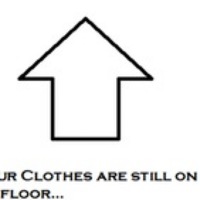 1111222233334444 tells us more :
Hey guys OP. So the school I go to is a private school with only 120 students at most. There is ten school like ours in the state and ones not going, making only nine go to tournaments. (State tournaments). Our Boys varsity is what's seated last. Our Boys middle school is ranked 5 out of 8 and both girls is ranked 6 out of 7. Our cheer squad said that, then added that they had no room to talk because they haven't won first place since the school even started letting a cheer squad happen. (I posted this on my sisters account. And yes. She is a varsity cheerleader.) Not all nine cheerleaders are embarrassed, my sister isn't. Just the girlfriends of ball players are. The others are saying that we will probably win the game that carries us on to the next elimination game. So not all of them aren't peppy.
Miscellaneous Today, my left eye is bright red and painful. Also, I have pimples all over my genitals. Spoiler alert: it's herpes. The eye? A bacterial eye infection. Welcome to a week of pain. FML
I agree, your life sucks
731
You deserved it
248
3 Comments
Favorite
Tweet
Share
By mybfpeedonme

Useful information of the day

It's a learned behavior

Today, I got the courage to surprise my boyfriend by shaving my pubic region. To my agonizingly painful dismay, the razor sliced through an apparent zit on one of my lips. Now my vagina is bleeding for a whole different reason, and I'm possibly traumatized. FML
I agree, your life sucks
893
You deserved it
204
1 Comments
Favorite
Tweet
Share
By fuck your indoctrination - 26/3/2021 09:01 - United States