Log in
By holluphollup - United States - Mineola
Today, my mom told me that she wanted the whole family to move to Guatemala. I told her, as nice and calmly as I could, that this was an awful idea. She is now furious with me because I don't want to move to Guatemala. FML
I agree, your life sucks
13329
You deserved it
918
47 Comments
Favorite
Tweet
Share 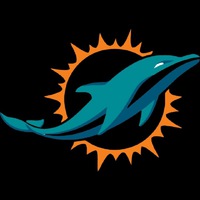 holluphollup tells us more :
OP here. I'm here to explain this a little better. Ok so first off, I'm under 18 so therefore I can't leave. Second, my mother wants to do this because she wants to be a midwife, and Guatemala has cheap midwifery classes and programs. You might say she's doing this to help us financially, but my dads a doctor so that takes care of itself. Also, my mom has horrible back problems. At times she can barely move without hurting. If she's like this, then how will she be able to perform her job well? ( Surgery isn't an option because everyon we've tried has failed). I'm 17 and I've been in a small town where everybody knows everybody. I'm at the top of my class, and I have a real shot into getting into a prestigious university. I also have very deep connections with the people here. I don't want to throw this away. I don't mean to be rude and thwart my moms dreams, but it's just not what's best right now in my opinion. Hope this answered a lot of your questions. Also, thanks for all the support I really appreciate it. :)
Miscellaneous By Anonymous - Canada - Belleville
Today, I was waiting in a doctor's office when I was approached by an elderly woman. She told me all about the ripping of her stitches in a very private place, in exhaustive detail. Of course, today was the day my doctor chose to be an hour late. FML
I agree, your life sucks
23037
You deserved it
1699
51 Comments
Favorite
Tweet
Share
By Anonymous

Today, I was at the dentist and got laughing gas to lessen the anxiety I get from the numbing shots. When I was good and "relaxed", an assistant leaned real close and said, "Open wide." I just stared back at her and widened my eyes. She had to clarify she was talking about my mouth. Duh. FML
I agree, your life sucks
775
You deserved it
203
1 Comments
Favorite
Tweet
Share
By Anonymous

I bet you're fun at parties

Money ain't a problem when you've got it