Log in
By nykkymcallister - United States - Baltimore
Today, my husband and I both got smart watches. We were running around, acting like we were in a James Bond movie, having fun. Until our neighbors called the cops on us for hiding in their bushes. FML
I agree, your life sucks
16070
You deserved it
6144
91 Comments
Favorite
Tweet
Share 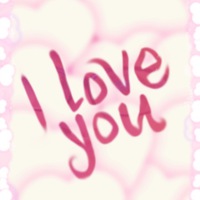 nykkymcallister tells us more :
This is my FML!! I'm honestly surprised it got published. To add more to this, me and my husband both got smart watched (no not Apple watches) because I had gotten one and he wanted to steal it so I got him one too. I said that we should go around our yard and act like we're in a James Bond movie and he agreed. The neighbors didn't know it was us which is why the cops were called. No charges were pressed and my neighbors were fine with us being in their bushes after we told them what we were doing and they even wanted to join us lol. Thank you for all the nice comments!
Geek The silly stuff people do together is the best relationship time. ❣
Send a private message 50 1 Reply
Haha i know going on someone else's property is wrong and everything, but am i the only one who thinks this is adorable?
Send a private message 33 4 Reply
Reply
looking at the comments 99% of people think it's awesome. lol.