Log in
By CaitiieBuggs - United States - Portland
Today, I was making wedding plans with my fiancé. His mother kept complaining about everything, and insisted it was pointless to plan because it's just our "first marriage." She then tried to convince him to dump me and move back in with her because "she's all he'll ever need." FML
I agree, your life sucks
41201
You deserved it
2527
114 Comments
Favorite
Tweet
Share 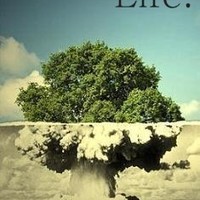 CaitiieBuggs tells us more :
Op here to give a year later update: After my husband confronted her about the comments she tried to backtrack and do that whole "you misunderstood what I was saying" thing, although she said it pretty damn directly, like word for word. Wedding happened without anymore major problems from her, hubby's sister on the other hand is a different story. Mother in law has tried to convince us to move in with her a few times since, but we've kindly declined each time, but she'll bring it up every so often. She has the idea we're only together because I'm pregnant (which I'm not, but with her logic this is year 5 of my pregnancy) and my husband has called her out on that too, so for all of those wondering, he does defend and stand up for me, even if it takes a little push from my end:)I picked a good one. Hope that answers any questions people had:)
Love Today I went camping in the mountains with my girlfriend and her very outdoor loving mountain. I sprained my ankle falling out of the car and got bug bit on my penis while peeing. Her dad actually asked why she was dating me and she admitted that she had no idea. FML
I agree, your life sucks
1506
You deserved it
476
19 Comments
Favorite
Tweet
Share
By Anonymous - 30/10/2020 19:58

We live in a society!

Today, after I caught my (now ex) boyfriend cheating. He told me that it isn't my business if he was seeing other woman, because we didn't had an official relationship. We have been living together in a house we bought, for two years now. FML
I agree, your life sucks
1297
You deserved it
108
10 Comments
Favorite
Tweet
Share
By Anonymous - 31/3/2020 05:00