Log in
By PIRATE_ - United States
Today, I ran into a girl I used to go to school with. We went out for dinner to catch up, and we ended up at my house, watching movies and cuddling. This fantastic and spontaneous date was concluded with several kisses. I dropped her off at her car and drove off. I forgot to get her number. FML
I agree, your life sucks
31727
You deserved it
64171
202 Comments
Favorite
Tweet
Share 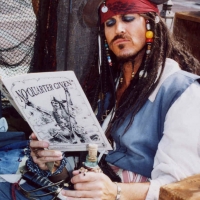 PIRATE_ tells us more :
Okay, okay, okay. Guys. Let me explain. I dropped her off at her car, which was left where we bumped into each other. At the convenience store. I don't know where she lives, yet. When she came to my house, it was dark. She might not have remembered how to get there. She found me again via Facebook anyway. So really the Facebook comments are now completely useless. I had forgotten her last name [It'd been like 3 years.], and I never bought a yearbook from my HS since I felt they were overpriced and poorly done. Not to mention, now that she's added me, she wasn't even in the network I would have guessed, since she apparently went to some school in AZ for a few months, and is now switching schools. And, also, I'm moving to FLORIDA [I'm currently in KY], and trying to convince her to at least do an internship at my place of work. I took her out to breakfast one morning before she went to work this week and we're planning on a third date sometime before this week's over. Obviously, we're trying to pack all of this in before I leave. But regardless, it still sucks that we hadn't bumped into each other sooner. That should pretty much explain any question that has been asked or any point that has been made.
Love