Log in
By Xandriajoy10 - Australia - Sydney
Today, I confronted my husband about a pair of panties I found in his office. They're his. He put them on to show me that they fit. FML
I agree, your life sucks
25790
You deserved it
3480
137 Comments
Favorite
Tweet
Share 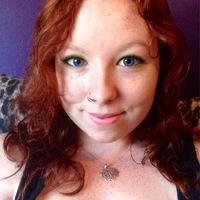 Xandriajoy10 tells us more :
Hey OP here. For those that have given support or made a joke, it's much appreciated. It's really helped to see the brighter side of the situation. For a little more back story; I was in his office originally looking for an envelope and found the underwear in the back of one of his drawers. We discussed it at length, I tried to make sure he felt accepted and not judged. It has helped our relationship more than I could have thought. I always wondered if he was holding something back, it's relieving to have everything out in the open. I did a little research and have found that it is common among men. As for only finding one, he showed me his 'stash' of bras and lingerie that he had hidden in his shed. Hopefully he'll be more open and honest with me about what he likes and what I can do to please him.
Intimacy I'm going to assume scenario #1 is most likely, even if it seems a bit... unusual.
Send a private message 12 30 Reply
Reply
#52 it really is not as complicated as all that.
Send a private message 25 3 Reply
Reply
I've mistakenly worn my SO's underoos because our clothes were mixed in the wash. It's fabric, not cardboard. They'll fit, regardless of equipment installed in you.
Send a private message 18 4 Reply
Reply
I feel silly explaining this but women's underwear come in all sorts of sizes and often the fabric is stretchy. I mean I could easily shove a sock down the front of mine.
Do you think we all wear skimpy g-strings or something?
Send a private message 42 1 Reply
Reply
@57
I was just being silly with my reply; I don't honestly think the FML is that complicated, and I encourage you not to read it seriously. I don't genuinely care enough to make serious conversation about a stranger's genitals, I was (I repeat) just being silly. Downvote me if you don't like my sense of humor, by all means, but don't take my comment seriously when I'm throwing around slang like &quot;johnson&quot; and &quot;equipment&quot;.
Send a private message 4 19 Reply
Reply
@62
If we're going to take this seriously, then I definitely agree with you! Plenty of women's panties are large and stretchy enough to fit a man. I was simply joking about his ability to fit into a thong or some variety of petite underwear that many women wear to feel sexy. After all, even if an ordinary pair of panties would probably fit him, a woman who was going to fornicate with him at work would probably wear something like a thong or small underwear. And since it is implied that that's what OP may have feared, and the husband felt the need to prove they fit him... can you see why it's a reasonable assumption that it was a skimpy, &quot;sexy&quot; pair of panties?
Send a private message 1 14 Reply
Reply
Sorry you're talking to someone who has encountered a wide range of lovely underwear that doesn't involve permanent wedgies, hence your assumptions being a bit baffling. Sure thongs can be sexy, but so can boy shorts if they're made a certain way.
Send a private message 10 5 Reply
Reply
Whatever floats your boat. I personally prefer thongs on a woman if she's going to wear sexy lingerie. I'm not saying that a well-fit pair of boy shorts can't be attractive too, but that's not the first thing that comes to MY mind when I think of an attractive pair of panties. Thus, the assumption.

whatever floats his boat.
hopefully the OP can get in on the fun though and they can turn it into joint kink.
Send a private message 43 4 Reply
Reply
Yea I can totally see myself wearing some lacey thong with my junk hanging out of it.... come on now.
Send a private message 2 34 Reply
Reply
who said a thong?
dudes butts look so cute and smackable in french knickers or other frilly things.

trying anything and everything in the bedroom (with all parties consenting and communicating, obviously) is the sexiest thing of all.