Log in
By hi_im_ughlee
Today, I broke up with the guy I was seeing because he has a bad temper. He refused to believe me and decided that the best way to prove me wrong was to completely destroy my newly built house, inside and out, while I was at work. FML
I agree, your life sucks
25909
You deserved it
1685
100 Comments
Favorite
Tweet
Share 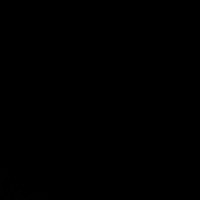 hi_im_ughlee tells us more :
Hey, guys! I'm OP. I'm glad most of you are supportive about this! Charges have been filed and he will be sued for all damages. He actually did break in, and he broke all the windows and doors, smashed all the lights and mirrors, took a hammer to the brick outside and the walls inside, and destroyed my deck. I had mini cameras installed to make sure no one would steal anything while the house was still being worked on, so I've got irrefutable proof that it was him and slowly but surely he will be brought down.
Love So he destroys your home, so you can know he doesn't have a bad temper.

Because that makes sense.
Send a private message 8 5 Reply
Go to the cops, sue that stupid f***, and then get a restraining order...