Log in
By Anonymous
Today, I announced my pregnancy to my parents and family. Everybody was happy, except for my dad, who totally freaked out and won't talk to me. The reason: he secretly hoped that I would break up with my husband, and now that we're expecting a baby he can't "get rid of him" anymore. FML
I agree, your life sucks
6396
You deserved it
487
40 Comments
Favorite
Tweet
Share 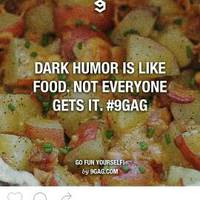 medicalstudent94 tells us more :
OP here. First of all, thank you very much for your support!! Secondly, the reason why my father hates my husband is because of the cultural difference. My family is a conservative traditional eastern European family, they are Christian Orthodox and they care a lot about tradition (getting married in a church, baptizing the kids in orthodox religion, blindly following or doing whatever an older family member sais or asks etc). My husband comes from a typical Nordic family, he's atheist, feminist and basically a very empathetic and open minded person and these qualities are quite the opposite of those of my family's. My dad had always been harsh on me while I was a child and it continued for a long time even after I moved out from my parents house and until I got married to my husband. You would say that living at 2300 km away (we're living and studying abroad) from my dad would be fantastic and he couldn't influence our life in any way... Well he can! He calls my other family members to complain about how I ruined my life and their life by marrying a "pagan" who "has no respect towards our culture" and has married me "out of interest". My other family members call me everyday to complain to me about my father acting insane and to make sure I am ok. I obviously knew something was wrong because he wasn't talking to me (which is abnormal because if he doesn't agree with something he would just call me and yell at me) but I didn't know it was that serious until they told me. Later update: my dad finally called me and he (very seriously) proposed to me that after i will give birth he would take my child away from me so I "could focus on med school without stress" and he would raise him/her as his own child and our baby would grow up speaking only my language and not English (my husband and i speak English at home since we come from different countries). You can all imagine my reaction and what i felt in that moment and why now I'm the one not talking to him anymore. Without any more comments you now have a picture of this very messed up situation and how things like this still happen in the 21st century in developed countries. And no, I had no idea that this kind of thing would ever happen to me. I didn't think that my own father would turn out to be that type of person. I knew he was a bit misogynistic and homophobic but I never imagined that he will not accept my husband just because he's Swedish , or as he likes to call him, "a Viking" (he considers "viking" being a sort of dirty word describing a very massive blond Swedish man with no religion, or a "filthy pagan").
Kids
Miscellaneous He is proud of the duration

Today, after I was done testing a group of people for Covid, the universe decided that no, the deed was not good enough. On the way to the bus stop, I slipped and had to ride home covered in mud. FML
I agree, your life sucks
668
You deserved it
92
1 Comments
Favorite
Tweet
Share
Next
Add a comment - Reply to : #
You must be logged in to be able to post comments!
Create my account Sign in
Top comments
You should tell your Dad to grow the fuck up. Your choice of husband is yours, and as long as your happy and he does you no harm your Dad should be at least happy that you have someone decent irrespective of what he, (your dad), may think of him.
67 1 Reply
Shouldn't he have let his feelings be known a long time ago?

Once you got married, he should have realized that your chances of breaking up go down somewhat.
Send a private message 42 3 Reply
COMMENTS
Shouldn't he have let his feelings be known a long time ago?

Once you got married, he should have realized that your chances of breaking up go down somewhat.
Send a private message 42 3 Reply
Reply
Her dad's feelings don't matter. As long as the husband isn't abusive, her dad should keep it to himself.
Send a private message 14 1 Reply
Reply
OP here. Apparently he thought that my husband and i won't last long because of our cultural differences and he was planning to scare him off by putting him through hell whenever we were visiting my parents. We live abroad so we don't visit our parents very often and when we went there the last time my father was indeed very harsh on him for absolutely no reason but we figured he acted like this just because he's going through a mid-life crisis and my marriage was an emotional shock for him. Two years ago he was still treating me as I was a child, dictating every move I made and me having to ask for permission to leave the house even if I'm an adult. Now, this is normally unacceptable in most places on Earth but my family is kind of conservative and very traditional and his behaviour is considered quite normal in eastern Europe (not acceptable in my opinion but I had absolutely no choice but accepting it).
Finding out about his true intentions and his true feelings about my marriage and my husband is the most unexpected thing that ever happened to me because this, even in "our" culture is absolutely unacceptable.
Send a private message 10 0 Reply
Reply
I hope you remember saying stupid shit like this when you have kids.
0 5 Reply
Reply
I hope you remember saying stupid shit like this when you have kids.
0 5 Reply
That's what D.A.D.D.s are for.
Send a private message 3 4 Reply
You should tell your Dad to grow the fuck up. Your choice of husband is yours, and as long as your happy and he does you no harm your Dad should be at least happy that you have someone decent irrespective of what he, (your dad), may think of him.
67 1 Reply
Reply
OP here. My husband is the most empathetic and selfless person I ever met. Everybody likes him except for my dad who thinks that he (my husband) has hidden intentions and married me out of interest because "no one is THAT nice". He also hates the fact thay my husband is "a filthy pagan" with "no respect towards our culture" (because he didn't convert to my parent's religion).
Send a private message 6 0 Reply
That's awful, your dad is acting like a child. Won't talk to you, really, is he 5? It's your life, this is your decision, as long as you're​ happy, he should be supportive. If it were me, I'd tell him to cut the shit. Grow up and accept my husband and life, or else he will not only no longer be seeing me, but he won't be allowed anywhere near his grandchild either. Also, be careful, sometimes in these situations, the in-law or whatever, will try to poison the child against the parent the don't like, so just watch out for that.
Send a private message 20 0 Reply
Your dad is an ass. Try to ignore him if you can.
Send a private message 9 0 Reply
He needs to change his perspective. He's supposed to celebrate the creation of a new individual in your family. If anything, he should love your husband more for that.
9 0 Reply
Sounds like something my dad would do. Im nowhere near ready to have a kid, but he sure in hell doesn't like my current boyfriend.
Send a private message 8 0 Reply
I feel sorry for you. Your dad sounds like a real dick and probably made your childhood challenging.
Send a private message 9 0 Reply
Reply
He did. But at the time I thought this is how it is and this is how parents should treat their kids. It's only after I grew up that I realized that my dad messed up a big time and he still does...
Send a private message 9 0 Reply
Be happy that u love ur husband, chances are there will be people in u life who pretend to be happy for u regardless of subject, So don't rely on them to make u happy... I bet ur dad loves u and just feels like u deserve better
Send a private message 3 9 Reply
Reply
Trying to socially isolate someone does not equal love. In fact, trying to socially isolate someone by sabotaging relationships is a form of abuse. If you think that someone you care about is dating something me you have VALID concerns about, like a drug addiction or a history of being a domestic abuser, you tell them up front. If you don't have a valid reason, you should either keep your mouth shut, or say it upfront and be prepared for them to (rightfully) be annoyed or even angry with you. Especially if you tell them because you expect them to drop their date mate just because you say so.

Doing what sounds like it hints at months, if not years, of passive aggressive attempts to sabotage a loved one's relationship isn't love. It's saying that you think the person you are claiming to "love" is your property. Anyone who shows their "love" by being a controlling, trust betraying, selfish brat, needs professional help.
Send a private message 15 0 Reply
Reply
OP here. I couldn't agree more. In a way this is extremely hurtful because I didn't imagine that my own father will turn out to be this person, in another way I am now aware of what's going on and after weeks of therapy my psychiatrist said that the person who should go there is my father and not me. My father doesn't have any reason at all to hate my husband. My whole family adores him, they "adopted" him right away. I don't understand what's going on in my dad's head but I can only hope that he will stop this absurd behaviour someday.
Send a private message 6 0 Reply
Okay thats just horrible!! You are a adult you can do what you want!
3 0 Reply
Next
Spicy
Today, my best friend confided in me that she's going to have sex with her cousin. Shocked, I tried to convince her not to and how it's a horrible idea....
I agree, your life sucks
80
You deserved it
10
1 Comments
Today, my ex-girlfriend called me say she needed her car repaired. I fixed it as fast as I could so she could get back on her way, only to find out she’s...
I agree, your life sucks
363
You deserved it
270
5 Comments
See all the Spicy FMLs
© Beta&cie, All rights reserved