Log in
By queerdragon - United States - Redlands
Today, a friend located my stolen dog. It was sold to a family that has an autistic child. I was told by the police that I could have my dog back, but they think I am a terrible person if I do. FML
I agree, your life sucks
29512
You deserved it
1747
341 Comments
Favorite
Tweet
Share 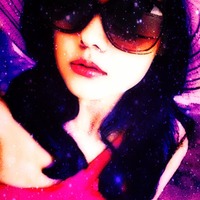 queerdragon tells us more :
I did take my dog back. I have had Riot for three years, so he is a big part of my family. I have also started boarding him during the day or leaving him with a family member/friend. I am moving in a few weeks so hopefully, this won't be an issue that pops up again. Chip your dogs. It is a lifesaver. While I understand where the police officer was coming from (he has an autistic child) you don't sell a family member. Dogs have always been family to me. The kind of awkward part was the mother started crying, asking to buy Riot from me. She said he was so well behaved and they needed something to help their kid. She then kind of demanded I let her son come over to my house to play with Riot when he wanted to. I guess so she could tell her son that Riot was still his, but that he was just living with someone else. I told her no and said I didn't want to have contact with her again. She got mad. I don't think I left looking like a saint, but I am glad to have my dog back.
Animals Today, I got told repeatedly to "stay in my lane" by a woman in her 40s. Why? Because I politely asked her if she had a mask when she entered the retail store I work in. Our policy is that everyone must wear a face mask in the store at all times. One hour down, 8 more to go. FML
I agree, your life sucks
1657
You deserved it
292
7 Comments
Favorite
Tweet
Share
By PatientInWaiting - United States

OP I say you shouldn't feel too bad about getting your dog back. I don't know about you but my dogs are as big a part of my family as any of the humans. The family is still able to adopt a rescue or buy a puppy for the kid.
Send a private message 9 1 Reply
Reply
89, a seemingly reliable rescue/seller could've lied to them or not known about it. Not as serious of a situation but my fiancee tracked a breeder she liked for almost two years, seemed reputable, fairly well-known in their breeding community, and wanted to get a dog from them to start dog showing herself. Reserved a puppy when the time was right, paid a ridiculous amount of money for him, and...then got an untrained 5 month old who had severe separation anxiety, wasn't housebroken, and had not been socialized in any way whatsoever, completely unsuited for living as a pet much less a show animal, all of which the breeder had blatantly lied about.

tl;dr don't discount the possibility that someone could've seemed reputable and still royally fucked them over.
Send a private message 9 2 Reply
Reply
But we're not talking about a breeder who didn't bother to train a puppy here, #122, we're talking about a thief who has to be very careful about getting rid of their stolen 'wares' to avoid being caught. Unless OP unwittingly stumbled upon a professional criminal network that makes a business of stealing dogs and selling them for a high profit while keeping up the front of a legal organization, the family probably paid money to someone who tried their best to remain anonymous and meet in a neutral place so they couldn't be traced back by the police. Anyone who's responsible about getting a pet should do some reading first, and it's not hard to find out that when you're buying a dog, making a bargain is usually a terrible idea because the animals either come from puppy mills, are illegally imported, ill or (like in this case) stolen.
Send a private message 9 1 Reply
Reply
No it's not. It's just saying that why should OP have to suffer? Their family was stolen it isn't their fault the dog was sold off. The stranger in this situation might be innocent too but so what? If it wasn't a dog; if it was a computer then no one would care if OP claimed it back. Why is it different with this?
Send a private message 4 0 Reply
Reply
Even with a thief, I can think of various ways the family's dog source could've seemed reputable. I shared the breeder story because that's the most reputable-seeming source I can think of that still ended up being shady as hell. If nothing else, the thief could've simply panicked and dumped the dog, had the dog picked up by a shelter, then the family got the dog from the shelter. Shame on them if they did go to a sketchy source, but we don't know anything about that, so any judgment I have for them on it can sit in the box with Schrodinger's cat.
Send a private message 2 0 Reply
Screw that kid. Its your dog!
Send a private message 127 9 Reply
maybe you can ask your dog back and help the family find another (not stolen dog)?
Send a private message 106 10 Reply
Reply
Exactly! Get your dog back, but help them out too. This is a tough situation for anyone to be in, so take the opportunity to help someone less fortunate. Gotta stop the crap cycle somewhere.
Send a private message 4 9 Reply
Reply
I did stop the crap cycle. I got my dog back. I do not intend to purchase a dog for them.
Send a private message 12 1 Reply
Comment moderated for rule-breaking.. Show it anyway
I think you should leave your dog with them.pour kid maybe wanted a dog for months or years.
Reply
There are literally thousands of dogs who need homes in shelters.
They can go and rescue one of those.

Not saying what she did was ok, but it's understandable and something anyone of us would do if we were taking care of a severe autistic kid.
Send a private message 1 8 Reply
Reply
While I see you're posting a lot about this, it comes down to one simple thing. I'm sure she feels bad for the family going to have an issue, but it's not her problem. You can say how it would go with the kid but it's not her issue. Her issue is her dog, she got it back. The family may have gotten upset but that's their problem, not hers. As you said in another one, you couldn't deal with it, she doesn't have to either.
Send a private message 4 1 Reply
They can get a new dog. You've had this dog. You should get it back. If one their dog was sold to someone else they would definitely get it back. Dogs are family.
Send a private message 777 2 Reply
Get yo dog back!!
Send a private message 36 0 Reply
If it was any other family they'd just take your dog back. I get that the kids autistic but ffs it's a stolen dog. That's your dog and you have every right to take it back.
87 0 Reply
Get your dog back you're not a terrible person. That's your dog you've had for years, the kid can get another dog.
Send a private message 59 0 Reply
Next
Spicy
Today, I found out that my wife of ten years is still deeply in love with her first crush from before she met me. Now I'm starting to wonder whether her...
I agree, your life sucks
40
You deserved it
6
1 Comments
Today, my girl was giving me a BJ when my dog started howling. She keeps going; my dog keeps howling. She stops, my dog stops. We start getting it on again...
I agree, your life sucks
560
You deserved it
128
7 Comments
See all the Spicy FMLs
© Beta&cie, All rights reserved