Log in
By cats1234 - Canada - Red Deer
Today, $1,000 were stolen from a deposit box to which only I and a coworker have access. I was so nervous during my interrogation that the cop said he had no doubt I was the one who stole the money. I had nothing to do with it. FML
I agree, your life sucks
23832
You deserved it
2104
92 Comments
Favorite
Tweet
Share 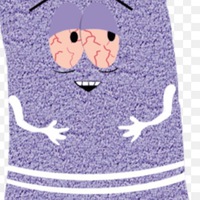 cats1234 tells us more :
Op here, I do not work at a bank, I work at a bong shop the keeps the money we deposit in the bank in a safe, which only pays a little above minimum wage, they do have cameras but I don't know if the RCMP looked at the footage or not. The RCMP are taking it very seriously and whoever is responsible is going to be charged I just hope they are able to catch the person who really did it. I am certainly not going to replace money I did not take, but more so I would not want the record that goes with it. I don't know if they can charge me without evidence. I didn't know how to respond to some of the things the cop was saying which is what made me nervous (I have pretty bad anxiety). He said I stole the money because I am in a bit of hard times and Easter was coming up and there is no way to track cash, I told him I didn't even buy one piece of chocolate for Easter never mind $1000 worth and the only hard time I'm having is, having my pay withheld because of this situation, which wasn't a good enough answer for the cop. It's hard to prove my innocence because I was the one who found the money missing in the first place, $35 missing from the til and reported it to my manager who said it was probably just a mistake, and to check my coworkers deposit in the safe for the missing money, when I opened it there was only $4.15 when it was supposed to be $350 so I reported that and they came to the conclusion it must be my fault because, their words "I was the last person to see the money" but it was already gone when I got there. Then a week later I did my deposit for the day and put it into the box the next day my coworker said all that was left when she went to the bank was around $10 when it was supposed to be around $400, then my manger decided we take our own deposits home with us and deposit to the bank on our days off which fixed the money going missing problem, but then on Easter Sunday after I closed at around 6:15 and took home my deposit someone went into the store at night and used the alarm code that was just reset a few days before to stop the alarm from going off only me and the other girl know the code, I am pretty sure they didn't take any money that time just broke a bunch of pipes and bongs which is strange. My theory is maybe my coworker didn't know if I would take my deposit home and went to look for it. Guess I'll just have to wait and see!
Money

Today, my parents took me out to eat. When the bill came, they stared at me for a while before asking, “Aren’t you gonna pay?” They've never made me pay before, there was no indication that I’d have to pay this time, and I’d left my wallet at home. FML
I agree, your life sucks
1112
You deserved it
224
6 Comments
Favorite
Tweet
Share
By Anonymous - 30/9/2020 02:02

Today, after 2 years of searching, I finally have a job that I love. Now I'm probably going to lose it because I started having sex with one of my managers, and our coworkers are starting to catch on. They caught on pretty much the day I told him that we should stop having sex so we wouldn't lose our jobs. FML
I agree, your life sucks
516
You deserved it
3080
14 Comments
Favorite
Tweet
Share
By Mike - 11/11/2020 03:58 - United Kingdom

But yes, they really can't do anything to him since they have absolute no evidence except that he had one of the keys. An alibi will help at this point...
Send a private message 10 31 Reply
Reply
Some of the tests are accurate, but the only one that is used extensively is the polygraph, which like you said is a load of BS. It basically looks for nervousness or ticks, the kind of thing most people being interrogated by the police get, and then declares guilty if they are present.
Send a private message 14 2 Reply
Reply
#19. The polygraph is used in America and many other countries. It is an interrogation technique. It is not in itself evidence. You obviously don't understand its use or law in the United States.

OP. The investigator's statement is also an interrogation technique. Maintain your innocence. They have to prove their case. Don't say something to prove it for them.
Send a private message 18 2 Reply
Reply
Lie detectors are pointless, they are not admissible in court
Send a private message 15 1 Reply
Reply
I'm sorry you are having to go through this, OP. Unfortunately the police have to determine who to charge, and the best way is by confession. They start out with no clue who actually did the crime, and have to get enough evidence to let the DA prove they did it (in court). So they'll lay on the &quot;you did it&quot; hoping you will feel guilty enough to confess and they can arrest you and be done with it. One version of this (used on TV a good bit) is having them tell you the other girl &quot;already told us you stole it, so why don't you just come clean?&quot; You're innocent? Then just don't tell them you're not.