Log in
By Ixiion - United States - Bay Shore
Today, my brother finally informed me that our shower head has an option to make the water only come out of the detachable part. My left leg's been in a cast for 4 months, and the whole time I've had to shower sitting backwards with my leg sticking out the door. He knew. FML
I agree, your life sucks
39506
You deserved it
7049
85 Comments
Favorite
Tweet
Share 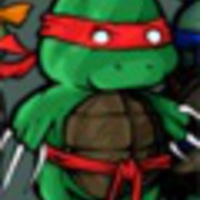 Ixiion_fml tells us more :
OP here. Just to clear something up: The shower head is new. It was put in two weeks before my leg ended up in a cast. So I hadn't bothered to fiddle with it before, thus why I didn't know that it had that option. And I've been whining about it for 4 months, and he just now decided to tell me. Ah, love my brother. And to someone who said to give him a break, I am. I just glared at him for 10 minutes before letting it go.
Health

Where is my mind?