Log in
By WendigogoAway - United States - Toledo
Today, I woke up at 5 a.m. to the sound of my cat knocking things over. It wasn't until my boyfriend sat upright and checked, that I realized it actually wasn't our cat, but my boyfriend's crazy ex-girlfriend trying to get into our second-story window. This isn't the first time she's done this. FML
I agree, your life sucks
16672
You deserved it
1024
67 Comments
Favorite
Tweet
Share 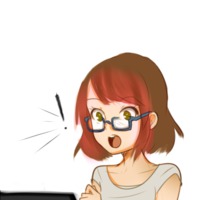 WendigogoAway tells us more :
OP here (I made this account after submitting this, I didn't think it would get accepted.) Basically after her constantly cheating on him, claiming he was abusive despite her being physically abusive to him, and lying all the time, he'd had enough and threw her out since she decided to keep going back and forth between him and another guy. (And she had the balls to claim she was pregnant with his kid, even though she was on birth control). She'd left a ton of her stuff, and even though he'd texted her/called her to tell her that if she didn't pick it up he'd throw it all out, she never replied or made any indication that she was going to pick it up. Suddenly she thinks it's a good idea to come at over at random times, climb the side of the house, and try to get in the window, saying she needs to get in the garage and get some old stuff. (I have no idea why, because there's literally nothing in there that is worth this much trouble.) The reason why she climbs the side of the house is because my boyfriend and I both live with his dad by paying rent and just living upstairs. His dad doesn't want her around the house anymore because of their previous arguments, which made the environment depressing, and the fact that she put a hole in the wall before. This was the last straw, she hadn't come around for months and after shooing her away this time, we're going to take legal action if it happens again. Neither of us knew how to properly react since it was so early in the morning that we just wanted to get some sleep. (I couldn't manage to fall asleep until at least 9AM)
Love The walls have ears

She must have heard me since she surprised us both at such an early time.