Log in
By Buzzed_Head9 - United States - Bolingbrook
Today, I went to get a haircut. The guy next to me was in an Army uniform and had requested a short buzz cut. My stylist had to take a call, so another came out and there must've been a miscommunication, but by then, she was already fast at work. Guess who got stuck with the other guy's haircut. FML
I agree, your life sucks
13720
You deserved it
1119
35 Comments
Favorite
Tweet
Share 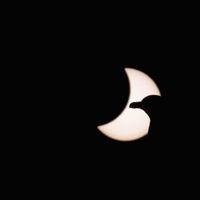 Buzzed_Head9 tells us more :
Hey, OP here. I'm new to this site, guess I should've made an account before posting? Sorry about that. Anyway, everyone had a pretty good laugh about it after the initial shock wore off! The place had these staggered walls in between the chairs and the other guy was blocked from view. Since it was a busy day, I guess the first stylist had said something along the lines of "the guy on the end just needs a buzz cut". When the second woman had come out she just launched right into it, and I did not say anything about the electric razor because I figured she was just going to clean up the back. But nope. Like a few of you had said, once it was started there was no going back because she went straight down the middle from my forehead to my crown! She was super apologetic about the whole thing, and sent me off with a full giftcard for the future. My hair was sort of on the longer side before, maybe just up to my ears but now it's only 1/8 inch all around. It was a big change but I guess I'll keep it for now since it's comfortable and looks alright. Thanks for all your comments, didn't think anyone would even read this!
Miscellaneous