Log in
By danceinconverse - Canada - Richmond Hill
Today, I saw my boyfriend wiping his nose with his hand and then using the snot to gel back his hair. FML
I agree, your life sucks
41626
You deserved it
5063
111 Comments
Favorite
Tweet
Share 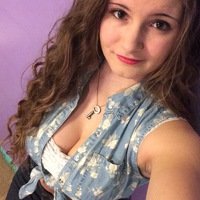 danceinconverse tells us more :
Just followed up on my recently accepted FML, so thought I should explain this one too! Everyone's comments seriously made me laugh by the way. Especially the shrek one, my boyfriend really appreciated that. To everyone saying "you mean ex boyfriend?", no. (Let me explain). If I dated a guy who legitimately did this, you can bet your bottom dollar he would be kicked to the curb. But I have to admit, I only posted a small portion of the full story. He actually mimed doing this as a joke in front of our friends, but unfortunately he managed to unintentionally get a little booger on his hand and actually wipe it in his hair. I informed him, and he ran to the bathroom with a mortified look to shower. And no, we will never let him live it down! Mwahahaha!
Love