Log in
By bookworm4332 - United States - King George
Today, I received an email telling me that the t-shirt I ordered almost a month ago as a Christmas present for my brother had finally been delivered. Unfortunately, it was delivered to my college dorm, which is 2 hours away. I won't be able to pick it up until mid-January. FML
I agree, your life sucks
6406
You deserved it
979
23 Comments
Favorite
Tweet
Share 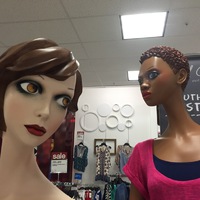 bookworm4332 tells us more :
OP here, thanks for the kind words y'all. Just to clear up a few things, I ordered this shirt back in November and it was supposed to be delivered to my dorm in early December. When it didn't arrive, I contacted the company and they agreed to ship another one to my home address, since it would be delivered after I left for break. It seems like there was some kind of mix-up on their end, as their "your package was delivered" email lists my home address but the UPS tracking number shows it was delivered to my dorm. Unfortunately, first-year housing at my school operates mail out of a mailroom, which is closed until January since first years are not allowed to stay in dorms over winter break. So I think that even if I made the drive out to get it, the package would probably be inaccessible to me. Oh well ¯_(ツ)_/¯
Holidays In for the long haul

The tracker finally showed it was going to be delivered on a Saturday, so I kept popping my head out of the door to check.

I happened to do so just as the van was slowing down for my drive way and the lady saw me and sped away.

Then, the tracker shows that she dropped it off at the post office - for delivery on Monday!

I used to drive 2 hours to work everyday at one point in my life so get over it and get your bro his gift.
Send a private message 0 0 Reply
Reply
I drive 10 hours a day and deliver 250,000lbs of freight.

Yeah. A few hours ain't no big.
Send a private message 0 0 Reply
Reply
He lives in a dorm. Schools and dorms are closed during breaks, unless there are special circumstances. Nobody is working at the front desk, therfore OP's package might not be delivered to the dorm, but might be dropped off at the post office. It's not worth a drive, school starts in 3 weeks.
Send a private message 0 0 Reply
Reply
I realize that sounds sarcastic.
It's actually my job. I drive a delivery truck.
Send a private message 0 0 Reply
I know it's not about the gifts in Christmas but it's neat to get someone you love something awesome that they wouldn't get for themselves. So I know how you feel OP. I ordered my father a collectible and it was suppose to be delivered 2 weeks ago. However, I recieved two emails about how production is being delayed and it won't ship out til march/April next year. Kinda upsetting for me since this man is such a pain to get anything for him on any occasion. Just explain to your brother and he'll hopefully understand.
Send a private message 0 0 Reply
Next
Spicy
Today, my fiance told me that his father would need to check my hymen is intact to ensure I'm pure before we get married. This is a new one. FML
I agree, your life sucks
229
You deserved it
26
7 Comments
Today, we're in the middle of a contagious deadly pandemic, and despite not having physical/sexual contact with anyone in over a year, I managed to contract...
I agree, your life sucks
440
You deserved it
39
2 Comments
See all the Spicy FMLs
© Beta&cie, All rights reserved