Log in
By wowbuddy - United States - Phoenix
Today, I felt the tag of my shirt bunch up in my skirt. As I reached into my skirt to rearrange it, it started moving. It was a four-inch cockroach. FML
I agree, your life sucks
14674
You deserved it
971
67 Comments
Favorite
Tweet
Share 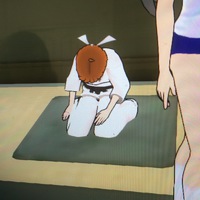 wowbuddy tells us more :
Hey guys, this is OP So I'm thinking the reason that the cockroach managed to get in there in the first place is that my friends and I were all at a park with this really sketchy bathroom. Me and one of my friends had gone in there to go to the bathroom and it most likely crawled into my skirt when my skirt was around my ankles... The reason I never felt it in my skirt until a few hours later is because while it was in there, it didn't move at all until I grabbed it. Cue shaking out my shirt and screaming like a madman while fireworks are going off, I watched it fall and crawl away. As some of you said, it couldn't have been that big, that's why at first I thought it was a horned beetle, as bugs here in Arizona do actually get super big. The reason I said cockroach is one of my friends pointed out that it had nothing on it except the shell and legs, as it was dark outside. All in all, I am definitely scarred for life and refuse to leave my house ever again *sarcasm*
Miscellaneous Today, I'm a host at a restaurant. We had a birthday party for a couple of 15 year old boys and their friends. I went to clean the bathroom at the end of my shift and discovered cake everywhere, including all over the urinal. They were even nice enough to draw a smiley on the mirror with icing. FML
I agree, your life sucks
29213
You deserved it
2408
132 Comments
Favorite
Tweet
Share
By Anonymous - 28/5/2020 05:00