Log in
By AdamTB - United States
Today, I attended a new class at college. It was a class to help people with Asperger's adjust to college, which my parents pushed me into taking. It was incredibly condescending and insulting, and it felt like a class for preschoolers. My parents won't let me drop the class. FML
I agree, your life sucks
26872
You deserved it
3037
139 Comments
Favorite
Tweet
Share 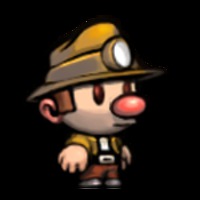 AdamTB tells us more :
Huh, surprised this got published. Anyway, a lot of the comments are about me just taking control and dropping it and that’s probably not going to change, so I’ll just comment the reason why I haven’t now. Due to my Asperger’s, my parents feel like I am not self-sufficient and I cannot make my own decisions. Naturally, this is completely false. However, due to college being ungodly expensive, I’m living with them until I can become financially stable. Now then, onto the problem. Dropping the class is a great idea in theory, but that’s not going to happen in practice. Trust me, if I could then I would. If I drop the class, my parents will definitely know. They will then proceed to, for lack of a better phrase, bitch me out for dropping it without consulting them (which I have done, and they refused to let me drop it). They are not abusive, but can be relentless and admittedly scary at times. I’d rather take a demeaning class than have to deal with them. Does that sound like a childish reason? If it does, I don’t blame you. I’ve always been constantly told that I’m mentally and emotionally a few years behind normal people. Sometimes, I don’t know whether to believe it or not. Regardless, my best option is to just move forward with the class no matter what happens. Also, this is probably going to be brought up so I’ll just talk about it now: no, I cannot move out. They will not let me as they do not believe I could survive by myself yet. Even if I were to just run away and move out, I still don’t have the finances to buy a even an apartment room and continue with college.
Miscellaneous

Today, on my first day as a community support officer, a 7-foot meathead in the middle of a domestic argument told me to “piss off shorty”, and when I asked him not to swear at me, he picked me up one-handed and threw me in a builder's skip full of mud and wet cement. FML
I agree, your life sucks
1381
You deserved it
305
6 Comments
Favorite
Tweet
Share
By Anonymous - 3/3/2021 23:01