Log in
By Axelerate - United States - Las Vegas
Today, after a few weeks of my dad setting up glue traps in the garage to trap mice, I found out what it's like to have a pigeon wander in and get its foot stuck on one. FML
I agree, your life sucks
30214
You deserved it
3571
106 Comments
Favorite
Tweet
Share 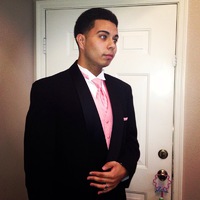 Axelerate tells us more :
Hey all. I'll fill you in so you guys can sleep peacefully at night. My brother came home from lunch and was in a rush to head out back. His remote for the garage door wasn't working so he left it open. That's when the pigeon walked in. He called me to let me know and to close the door. I stepped out and I heard what sounded like a bird flapping like crazy. I checked around and I saw the bird's foot stuck on the trap. I had no idea these traps were set (they were under the space of the shelves we have all around) but I fit the pieces together seeing how we had mice problems a while back. I put on some gardening gloves to hold it while soaking the foot with warm water. He moved a little bit more to the point his bottom half body THEN got stuck. I ended up calling the vet and explaining the situation to them to see what they could do or anything else I could do. After the awkward silence, they told me I could bring it in for them to sedate and see what they could do themselves. If nothing worked then they would have to euthanize it. Feeling bad for the little guy I was getting ready to drive there when I remembered we had Goo Gone. I poured a lot on the trap and he managed to get off! He just walked out the garage door and I assume he flew away. I didn't follow it but haven't seen handicapped bird around here haha. Birds like to bathe and it's been cloudy and rainy here in Vegas so I'm hoping he managed to rinse everything off. :)
Animals Today, I just had an argument with my father. He claimed that if a woman is covered in tattoos, it's quite clear that she's a whore. He said so in front of my girlfriend, who has tattoos all over her arms. FML
I agree, your life sucks
1133
You deserved it
142
3 Comments
Favorite
Tweet
Share
By Anonymous - 25/10/2020 12:02 - Canada - Ottawa

Just a random, slightly off subject, but revelent topic in the fact that it is about dying humanely:
This reminds me that if you can put a suffering animal to sleep why can't humans have this choice, also? Of course, only when dying is inevitable because of a deadly disease or a VERY serious injury and living would be horrible/unbearable because of pain that cannot be helped much, if at all, or ever. If they cannot be helped to live and/or the physical pain is too great to live a happy, meaningful life ever again and they have comes to terms with dying while still having some dignity without suffering and &quot;rotting&quot; away then they should have the choice to be put to sleep peacefully, at any time. Especially when it's inhumane not to put a cat or dog to sleep when dying and/or suffering horribly.

You can break the law by abusing animals if you don't since it is considered animal cruelty. What about human cruelty and human abuse by other humans saying they cant have the right to end their life peacefully instead of painfully dying slowly? Stage 4 cancer patients and people with AIDS are examples of someone that should have this choice. Our government can decide to put someone on death row for killing another human horribly and painfully. Yet our government won't stop another person from dying, horribly and painfully, from a disease? Our government wont let others choose to die peacefully? instead of letting them die in an equal or even more painful way than the victim of said death row inmate? The murderer is allowed to die peacefully and they chose to take someone's life, horribly, for no good reason. Yet, they wont let someone suffering horribly from a disease to die peacefully and they are innocent people?