Log in
By chaoticcupcake - United States - Princeton
Today, a wasp flew into my car. In my frantic attempt to get away from it, I got pulled over and had to prove I was driving sober. FML
I agree, your life sucks
43931
You deserved it
7205
95 Comments
Favorite
Tweet
Share 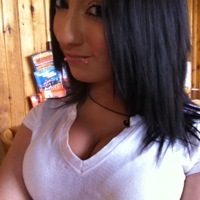 chaoticcupcake tells us more :
To all those asking, I am highly allergic to bees and wasps. When I discovered I was in an enclosed space with it, my mind wasn't thinking "pull over and let it out", but rather panic. When you're scared of something, the mind doesn't always make the most logical decisions. I ended up weaving on and off the shoulder and hadn't realized a cop had his lights on behind me until he sounded his siren. I quickly pulled over and got out of my car. I had to take a breathalyzer and passed, and after explaining my ordeal, the nice man helped me get the wasp out of my car. And to those who say roll the window down: Have you ever successfully tried to get an insect out of a moving vehicle via window? I've tried this on multiple occasions and I either can't get the damned thing to go near the window, or if I do, the wind knocks them back into my car. :/
Transportation

Today, a package was delivered to my house. Thinking it was my new blender, I hurriedly brought it in to open it. Inside the box was an assortment of rotten vegetables that stank like Satan's asshole. I have no idea who it's from or why they hate me so much. FML
I agree, your life sucks
3514
You deserved it
291
10 Comments
Favorite
Tweet
Share
By borkbork - Canada

The first time I got stung I was volunteering with some children and giving one a piggy-back ride in the grass. Then guess what happens? The little pointy-assed prick stung me. On my foot! He wanted me to drop that kid, I tell you!

Long story short, If you see a wasp and have anything less than a nuclear warhead to protect yourself, get the fuck out of there.
Send a private message 23 2 Reply
Reply
Plus sometimes something else irritates them and you just get in the way. When I was little, my dog used to chase bees and wasps. I got scared that it would hurt him once and tried to call him away from it. It came after me instead and stung my hand. I still have a scar from that thing.
Send a private message 7 2 Reply
Reply
I was minding my own business when bee flew in sleeve of t shirt. Yes, the armpit area is very sensitive to bee stings. I had to run like maniac through woods (luckily I was alone), tearing off my shirt. Evil f'r was in my belly button, though luckily it had already used stinger in my armpit. I still get Heebie jeebies years later. I don't trust them. Just make my honey biotch....
Send a private message 6 1 Reply
Reply
Finally an opportunity to tell the world about the day I got stung....