Log in
By MikaykayUnicorn - Australia
Today, a guy told me I "kind of look like a girl" if he looked at me from the right angle. Well, I am a girl, and this is the closest thing to a compliment that I've gotten in years. FML
I agree, your life sucks
37215
You deserved it
3441
64 Comments
Favorite
Tweet
Share 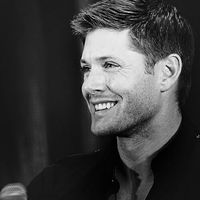 MikaykayUnicorn tells us more :
Okay, this is about to sound really dumb. But unless someone happened to have the same thing happen to them and happened to post it on FML the same day as I, I'm the OP. I'm unsure because of the fact that it says Australia and Anonymous. Hmm. To explain things a little more: he was totally kidding. We joke around like this a lot. I wasn't offended, until I realised I haven't received an actual compliment in years. We had been talking about how his parents normally believe that he's dating any girl he speaks to, except me. I responded by saying , "Oh, so I don't look like a girl?" I wasn't fishing for compliments, in case you were wondering. (I'd also like to say thank you to anyone who commented anything like "I bet you're beautiful". Reading the comments made my day.) I just said it as a joke. He replied, "Kind of, from the right angle." It wasn't meant to offend me, but it did make my day a pretty bad when I thought about it too much. Oh well, he didn't mean any harm. I also don't dress like a guy, and don't have a short haircut. I also wear makeup. So I don't believe I have many "manly" features.
Miscellaneous The Laws of Attraction