Log in
By davincidasecond - United States - West Orange
Today, my brother and I got into an intense argument that ended up with us trading blows and having the cops called on us. Apparently I was "insulting his intelligence" by trying to explain that you don't make buttermilk by putting butter in milk. He's 18. FML
I agree, your life sucks
42015
You deserved it
5117
107 Comments
Favorite
Tweet
Share 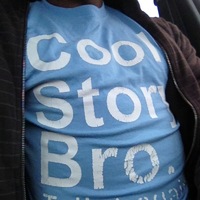 davincidasecond tells us more :
This is OP. So to clear things up, neither of us really got into to much trouble, we just got off with a warning. The argument started off with the buttermilk issue and then touched on other personal issues (that I won't disclose), which is why the argument got so heated. One thing led to another, I shoved him, he punched me, i retaliated, etc. and soon enough the cops knocked on our door because neighbors called about a noise disturbance, not because we started to get physical. We usually butt heads about stupid things but this is the only time it got so bad. I take 100% responsibility for what I did, yes, it was stupid, and I completely deserve it. He and I apologized to each other and put it behind us, even though I'm annoyed at the busted lip he gave me, lol.
Miscellaneous Today, I'm so bored during quarantine that I'm looking forward to the virtual doctor's appointment I made for next week, about the potential erectile dysfunction I might have. I'm also 22 years-old. FML
I agree, your life sucks
1432
You deserved it
174
4 Comments
Favorite
Tweet
Share
By WTF