Log in
By jellyfish_ftw - United States
Today, I woke up to my boyfriend's crazy ex, who let herself in with her old key. She screamed at me to get out of "her" bed, snatched "her" blanket off of my body, and finally dragged the bed itself out the door. I was still in it. FML
I agree, your life sucks
39573
You deserved it
3670
188 Comments
Favorite
Tweet
Share 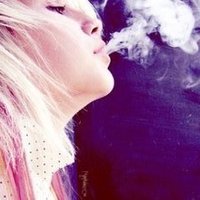 jellyfish_ftw tells us more :
OP, replying. this is my big explanation, so pay attention. the whole situation came about because my boyfriend was trying to keep the breakup friendly since they had a kid together, and he wants to stay in his daughter's life. therefore, he hadn't really made a fuss about making her give back everything of his/take everything of hers. this was also because he didn't fully realize how crazy she was. the ex hated my guts already and we all knew it, and she had made threats to my boyfriend saying things like, "she'd better hope she doesn't come across me anywhere, or i'll kick her ass." the morning of the incident, he had left early for work 45 minutes away, leaving me to sleep in. his ex called him at work telling him she needed to get something from the apartment, which he usually leaves unlocked because we live in a small town. he told her it was locked and that i was there and he didn't want her going over there......which made her insanely angry, obviously. she came over with her old key and her sister (in the sister's van) and started flipping shit. i was asleep, and i don't know about the rest of you, but i'm extremely disoriented and out of it when i first wake up. so all i could really do was stare blearily at her while she yelled and tore blankets off. when she grabbed the bed, i woke up enough to get out of it. she took off with the bed, which was a double-size box-spring and mattress, and dragged it to her sister's van which was waiting outside, and they drove off. when my boyfriend came home and found out the situation, he bitched her out and told her he would do something about it if she ever came in without asking/him being there again. there you go, FML. full story.
Miscellaneous I wonder how she got that sh!t home lol, i can see a minivan with a bed on top with a soccer mom-like chick in the front seat all red faced.Maybe thats just me though....Nahh
Send a private message 8 5 Reply
Reply
http://www.ihatestacy.com/index.php?id=0a356d49ab0088a26b9e61b8033720e8
Send a private message 0 3 Reply
Reply
The 'ihatestacy' website looks more like some bimbo desperate for attention, or a thinly veiled advertisement for adult friend finder than an ex boyfriend's revenge.