Log in
By NewUsername - United States - Sonora
Today, while at the movies, I started making my way to the end of the row so I could pee. Others moved to make room except for a man at the end. As I tried to climb over him, I tripped and fell on top of him. When I told him I was sorry, he just smiled and said, "Mmm, don't be. I enjoyed it." FML
I agree, your life sucks
10047
You deserved it
790
37 Comments
Favorite
Tweet
Share 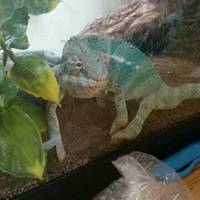 NewUsername tells us more :
Hi guys, OP here! Now that I have more space I'll explain a bit more. I was with my friend and she had left a bit earlier to get snacks and the man moved for her. When I left about 10 minutes later (I asked the woman next to me to please save our seats) the movie theater was really crowded. My friend and I were about 6 seats from the edge, so not too many people had to shift out of our way thankfully. Of course, as in the FML, I tripped and accidently fell on top of him, and he made his comment. Anyway, I brushed it off, taking it as a joke, and went about my day. After I used the restroom, I met my friend as she was heading back into the theater and I told her what happened. She called him a creep but didn't think anything of it either. Since she was holding the giant popcorn I let her go in front of me and the man on the end moved for her. When I went to go by, he moved back to where he was, blocking my way once again. As I stood in the walkway, I nicely asked him to move but he only laughed. "Nah, climb over me again. It was fun last time." That's when he pissed me off and I pushed his legs out of the way to force my way by. He just laughed and watched me as I walked back to my seat. Certainly not the worst thing to ever happen, but still quite an uncomfortable situation to be in!
Miscellaneous