Log in
By vegantreegirl
Today, my toilet has been draining slowly, if at all, for days. I finally got someone to agree to come look at it. They never showed up. I had to pee in a bush in my yard. FML
I agree, your life sucks
3133
You deserved it
423
25 Comments
Favorite
Tweet
Share 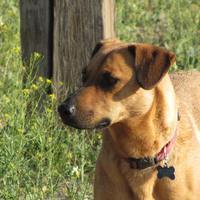 vegantreegirl tells us more :
So, wow. I was not expecting this to get published. I forgot I had posted this to FML. haha The thing is the septic system is completely broken. It's old and needs to be replaced badly, so it effects everything from the toilet to the sinks and shower. But my landlord/slum lord won't shell out the cash which would be fine if the septic system was pumped monthly but it's often not. I guess I could have just used the shower, but I live in the middle of nowhere, so I thought eh whatever. Since I know people will say "Report your landlord!" "Just move" I won't get into the whole situation but there's a huge housing crises in my area. People rent out space sleeping on their couch for $800/month, one room with shared bathroom and kitchen privileges for $1200/month. Due to living in poverty I qualify for government housing, but the waiting list is extreme. Some people have been on it for 13 years. Yup, years. I'm lucky to have a house. I can't move out of the area until my husband can find a job to sponsor him somewhere else (he has a work visa) or gets a green card whichever comes first. The workers did end up coming the next day, so I have a semi working plumbing system again.
Health Respect should be earned

Today, while out in public, my stepmom turned and screamed at me for a good while for “walking through a door before an elder.” People stared. FML
I agree, your life sucks
1353
You deserved it
200
3 Comments
Favorite
Tweet
Share
By MissArizona - this FML is from back in 2011 but it's good stuff - United States