Log in
By rebel_rose - United States
Today, I went to my Russian language class after days of being sick. We must speak in Russian. The professor asked how I felt. I said "like shit." I didn't know the word I used was the verb, not the noun. So I told an awesome prof and class I was "feeling like I was in the process of defacating." FML
I agree, your life sucks
13481
You deserved it
32181
100 Comments
Favorite
Tweet
Share 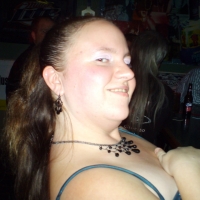 rebel_rose tells us more :
My problem is I try to speak in Russian as I do in English, so some phrases that don't quite translate sound stupid anyways . . so here, I guess I just sounded twice as stupid . . .reason this is an FML is the Japanese guy I like is in this class, and they don't talk that way . . .he wouldn't have known what I said or my mistake, if the teacher hadn't gotten shocked and translated it into English AND Japanese FML lol
Miscellaneous This is so not-FML worthy I cant even bother to click YDI.
Send a private message 55 10 Reply
Reply
No joke, what is with all these lame as shit FML's today? I mean jesus, I'm sure they knew what you meant. &quot;Oh noes, my life is over because I made a mistake in my language class!&quot;

Ya know, because you aren't there to LEARN about it or anything.
Send a private message 8 2 Reply
Reply
ZZZZZZZZZZZZZZZZZZZZZZZ. Huh, err, *cough*, what...

Send a private message 1 0 Reply
Seriously. Not a FML. You're learning a language, everyone knows you make mistakes.
This isn't even a horrible mistake.