Log in
By rcoale1983 - United States - Streamwood
Today, I was practicing for a Cambodian ceremony. I'm American. My fiancée is Cambodian. While doing the practice, I had six people in my face telling me what to do, all at the same time. I got frustrated and accidentally blurted out, "This is fucking retarded." Now the whole family is mad at me. FML
I agree, your life sucks
11088
You deserved it
13203
77 Comments
Favorite
Tweet
Share 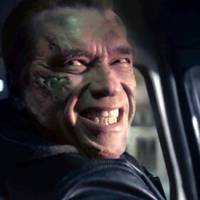 rcoale1983 tells us more :
Hi everyone. I'm the one who posted this. I knew I would get slaughtered in the comments, totally expected it. I wasn't able to explain everything in 300 characters. So here goes... my fiancee and I have been together for 8 years. I have nothing against her culture. If I did, we wouldn't be getting married. I've been to many Cambodian events and never had an issue. It's interesting going to these things. It's different and it's a new experience. Anyways, during this practice, everything was going smooth up until I had the whole family questioning me all at the same time. There's a part in the ceremony where I have to kneel down. I'm a disabled vet. My left knee is shot. I can't kneel down. The whole family knows this. When I refused to kneel down, everyone was shocked that my knee is bad. They've known about my knees since forever. That's when everyone decided to start hounding me and that's when I said, "this is fucking retarded." I didn't mean at all for it to come out. It just came out. Never at any point was it directed at their culture. It was directed at everybody there acting all surprised about my knees and everybody there questioning me and trying tell me what to do all at the same time. What I said was completely said out of frustration.
Love Today, after 9 years of loveless marriage, my wife confided in me that she was always an introvert and depressed person, but pretended to be outgoing and fun loving with me up until our marriage, so she could marry me just to lift herself up from low class to high class society. FML
I agree, your life sucks
1187
You deserved it
107
4 Comments
Favorite
Tweet
Share
By eiregal2 - Ireland - Cork

I'm going to share my opinion on this controversial subject. Firstly though, let me tell you the etymology of two other (shall we say, less controversial) insults.

The word cretin, though not so common anymore, originated from the French word 'crétin'. Wanna know what that meant? 'a dwarfed and deformed idiot'.
I'll give y'all another one. Moron. Who here has called someone a moron? Or thinks it's more appropriate than 'retard'?
Etymology of moron: originated in early 20th century. Medical term referring to an adult with a mind of an 8-12 year old. Sounds familiar, doesn't it?

It doesn't take much thinking to consider the origins of the word 'lame' or 'dumb', and how they evolved over time as well.

I can understand how and why some of you don't like it. But unfortunately that is just how language evolves. People are now using the word 'retarded', not in any relation to the disabled community, but instead to convey the meaning of 'stupid' or 'idiotic', and to a growing number of the population this meaning is the one understood. As soon as this number grows to become the vast majority, the use of the word 'retarded' to convey and express the meaning of 'idiotic' or 'stupid' will become standard, and its connection to the mentally disabled community will continue to fade and, likely, be forgotten.

As the utilitarian that I am, I suggest that the best course of action one can take is to speed up this inevitable process. This transition phase is the uncomfortable one that nobody likes, and every time someone reminds someone else of the offensiveness of the word 'retarded' the transition phase slows down. The sooner the word 'retard' only carries its singular meaning of 'idiotic', and sheds its connection to its origin, the better. Nobody cares that 'cretin' and 'moron' used to be just as offensive as 'retarded', because the evolution of the word has completed and nobody can remember how it used to be anymore. It would be objectively better for everyone if 'retarded' would complete its evolution, too.
Send a private message 9 4 Reply
Reply
In addition to #66's comment, the term &quot;idiot&quot; was also used in the early 20th century to describe those with IQs 25 or lower, and I know for a fact that's a word we've all used towards someone before.
If the word &quot;retard&quot; offends you, then how about looking up the history of words commonly used to insult people before you say them, because you'd be surprised to learn that a majority of these terms used to insult people today were once medical terms used by psychologists that evolved into insults, like 66 pretty much said.
Send a private message 5 1 Reply
Reply
Words do evolve and I agree with a lot of what you said...but the word Retard is still pretty fresh and still used to oppress people with mental differences.

Putting that aside though...that is still very vulgar speech to use in front of a family.
Send a private message 2 7 Reply
Reply
From what I understand, the meaning of 'retard' is changing and when it is used, it is more commonly used to mean an idiot or a simpleton than as a slur against mentally disabled people. And the more people who use it for the former meaning, the faster its evolution will complete and the faster the latter use will get fazed out (and the latter use is the hurtful use). That's why I'm in favour of it - just like the word 'cretin' is not hurtful anymore, I would prefer to fast-forward to the time when the word 'retard' will not be hurtful anymore. And the only way to do this, in my opinion, is to speed up the process of evolution so the word 'retard' can hurry up and shed its offensive meaning just like its predecessors have.

I'm very much a 'the end justifies the means' kind of person, and I know not everyone has that mindset so I can understand/accept differences in opinion here. I just feel like the word's evolution is inevitable so better to get it done sooner than later. *shrugs*
Send a private message 0 0 Reply
Let the hate flow through you
Send a private message 28 1 Reply
YDI one hundred times over
Send a private message 22 26 Reply
There are SO many other things you could've said but you chose to say the rudest one. You 100% deserve it OP.
Send a private message 33 25 Reply
Reply
You are retarded for this comment. The guy is a disabled vet who couldn't kneel down. They knew this. They are retarded. End of story.
Send a private message 4 4 Reply
YDI, you said one of the worst things you could possibly say in that situation. You insulted not only their traditions, but basically your wedding/marriage to your fiancée as well because it will include those traditions. It's really not that hard to say &quot;enough, this is too overwhelming with everyone in my face, speak one at a time so I can better understand.&quot; You could have even asked to take a small break.
Send a private message 43 23 Reply
Reply
The way I interpreted the post, OP only meant that it was retarded that everyone was talking at the same timee and still expected him to understand them, not that the ceremony was retarded. But I can definitely see how people would misinterpreet it.
Send a private message 18 7 Reply
Reply
He might have meant that, but saying it in the middle of practicing other's traditions, it sounds like it's directed at their traditions. In any case though, I retracted my statement after reading OP's explanation.
Send a private message 7 7 Reply
I understand being really frustrated and that slipping out, but I also understand her family being upset. Hopefully you can explain that you were just overwhelmed and didn't mean what you said (hopefully you didn't mean it). Good luck OP.
Send a private message 21 3 Reply
Frustration doesn't excuse slurs. YDI.
Send a private message 14 29 Reply
Next
Spicy
Today, my girl was giving me a BJ when my dog started howling. She keeps going; my dog keeps howling. She stops, my dog stops. We start getting it on again...
I agree, your life sucks
324
You deserved it
77
3 Comments
Today, the girl I've been flirting with for a few weeks invited me to a house party. I gradually found out that she's been talking to my good buddy, they've...
I agree, your life sucks
745
You deserved it
145
6 Comments
See all the Spicy FMLs
© Beta&cie, All rights reserved