Log in
By LolKaleb - United States - Frisco
Today, as I got out the shower, my mom walked in to give me a towel, then quickly covered her eyes and said, "Woah, I almost saw your penis. Good things it's ridiculously small." I had friends over, and I'm pretty sure I'll hear about this for at least the next month. FML
I agree, your life sucks
44397
You deserved it
4936
137 Comments
Favorite
Tweet
Share 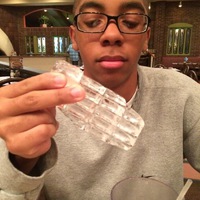 LolKaleb tells us more :
It got posted yay. Well some were asking why I showered while friends were over. I had came from the gym and I left my door unlocked for them to come in since they were walking distance away. As I came back sweaty I decided to shower so I wouldn't ruin the couch. As I got out my mom came in to give me a towel since she didn't want me using my old one but she so happened to come in at the same time as me getting out the shower. My friends are still talking about it so yeah I have a good 2 or 3 weeks left before it's over.
Intimacy