Log in
By MitchellSully - United States
Today, I bought $300 worth of climbing equipment because I had lost mine six months ago, I hadn't gone to the climbing gym since I'd lost it. I went today because I was so excited to go climbing again. However, it turns out that I'd left my gear there, and it had been in the Lost and Found for the past six months. FML
I agree, your life sucks
8400
You deserved it
41003
48 Comments
Favorite
Tweet
Share 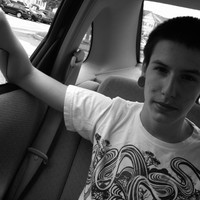 MitchellSully tells us more :
You can't return allot of climbing equipment, it's against safety regulations because the gear is so fine tuned to make sure that it can hold even 8000lbs. The only gear that I had bought that I could return was the shoes and the chalk bag, but I still couldn't do that because I filled the bag with chalk and wore the shoes already. I didn't find my gear until I was done climbing for the night.
Miscellaneous By Jordan - United States - Boulder
Today, I met the guy who will be my dorm roommate for the fall semester. One of the first things he said was, "By the way, I am into self-massage, so don't get weirded out if you hear noises coming from my room a lot." Great. FML
I agree, your life sucks
2809
You deserved it
171
13 Comments
Favorite
Tweet
Share
By Anonymous - 24/1/2021 02:02 - Germany - Emden

&quot;Go back to the store and return it&quot; could be one of many proper responses to someone fishing for sympathy when none is needed.
Send a private message 2 1 Reply
Reply
you cant return everything you buy, but you wouldn't know anything about climbing would you fatty
Send a private message 1 3 Reply
Reply
#22- Really?
Send a private message 0 0 Reply
When you lose something, wouldn't the first thing you'd do be to go look in the last place you had it??
Send a private message 5 0 Reply
Next
Spicy
Today, it's been two weeks since my girlfriend of many years and I decided to take a short break from each other. We'd been fighting a lot and felt like...
I agree, your life sucks
505
You deserved it
101
8 Comments
Today, four months into a deep depression, I now have a new involuntary reaction to being sad and angry. I constantly have an erection when I'm feeling...
I agree, your life sucks
556
You deserved it
63
4 Comments
See all the Spicy FMLs
© Beta&cie, All rights reserved