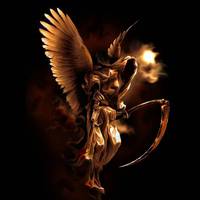 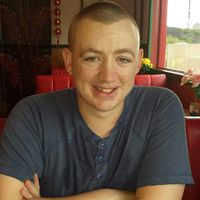 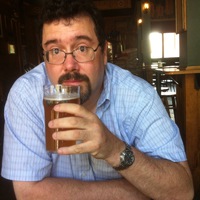 Today, at work, I was alone in the breakroom when I got a slight pain in my belly. I thought I needed to pass gas, so I tried since no one else was in there. It wasn't gas. It was diarrhea. I'm wearing a mini skirt today. FML
I agree, your life sucks 68 242
You deserved it 20 498

Today, after years of lonesome birthdays overseas, I am finally able to celebrate the occasion at home. My best friend of 10 years will not be attending because her boyfriend of two months is having his party the same night. FML
I agree, your life sucks 25 817
You deserved it 2 115

I wasn't sure if maybe I was being too harsh or petty, so all your comments make me feel a bit lesser of a lousy friend myself. Anyway some extra details and answers to your questions: I've lived abroad for a few years now, but due to constant moving around, I haven't been able to really form a decent group of friends. One of my last birthdays no one I invited showed up as I happened to be sharing the date with two other people from the same groups, but whom I was not good enough friends with to hold a joint party with, and all my guests split between the two. One of the next ones I only told a select few, who I then considered to be my friends and promised me 'a nice lunch at least', and then bailed. My BFF knew all about this, and knew how big of a deal it was for me to finally maybe be able to have a nice day. Of course, I understand that life goes on and I can't except people to just turn up when I want them to, which is why I tried to plan this a month in advance, the date being in talks for ages now. When the discussion came up, his date was still being decided on. And, yes - it is his birthday party as well, not just a party. However, he is celebrating his over two days, and could pick a different weekend as well (which was in cards, apparently), but chose not to. I, however, am restricted to that one day due to only having a couple of holiday days. And no, I don't think 'just two months' means that the relationship isn't serious, but I do feel that under the circumstances I should have priority. She made it clear it wasn't a difficult decision, which is, perhaps, what upsets me the most. Yes, we are all adults. No, the date wasn't sprung on her out of nowhere and no plans were set in stone. I only get to see her a couple of days a year (we talk more often, of course!) and they get to see each other if not daily then at least weekly. I don't take her to be a person who normally just bails or forgets her friends, I just think she's new to this whole situation and I don't think this necessarily needs to mean the end of our friendship, but I can't help but feel really hurt by this whole situation. I just never saw this ever being an option with her.

Today, when I visited my daughter's apartment that she moved into about 3 months ago, I found out that she buys new underwear every time she runs out instead of washing her dirty ones. Her dirty ones have their own special hamper. FML
I agree, your life sucks 26 087
You deserved it 2 913

Today, I was getting a pedicure to cheer myself up. I've been so lonely, I got overly excited when someone sat next to me, because I got to pretend I had a friend. FML
I agree, your life sucks 35 992
You deserved it 4 324

Today, in a waiting room, my 4-year-old daughter told me she saw two guys kissing. I quietly explained that some men like men, they're gay, and normal like everyone else. I was pleased with myself until the woman across from me scoffed and muttered, "Disgusting." FML
I agree, your life sucks 55 430
You deserved it 8 353
More
​