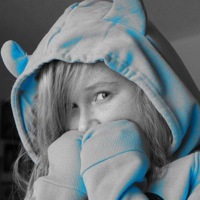 miss
About Xxcassie2323xx
Well I slightly like classical music and reading . . . Haha. Fooled you! You thought I was boring! I guess I should tell you about myself now. Well I'm very impulsive. I wonder what it would be like if I wasn't impulsive . . . A ZOMBIE APOCALPTIC FUTURE!! THAT'S WHAT! Wanna know why? 'Cause if I was boring then the worlds fun meter would get way out of whack and would hit Santa Claus in the head. Then the elves would start a riot, and instead of making toys they made the very first zombie! Then they made a bunch more and set them in the different continents. Then they would each have to find a special rock that breaks a certain lock to open a chest with a key in it. That key opens they chest with their brain in it. BUUUTT, since they had no brains to start with they just settled for turning the human race into zombies. REMEMBER; Be a frootloop in a world of cheerios! I am. (; ANYWAYS, I do like to read, but not those stupid documentary things. I mean, PUH-lease, did I say I wanted to learn a horses sleeping habits? No thankyou. Moving on. I love the colours, red, burgundy, and purple! Burgundy is an inside joke (; OH! And . . . I'm from Canada! EH! Oh yeah, blowing out the candles polar bear style.
Xxcassie2323xx - Followers
Xxcassie2323xx - Followed
Xxcassie2323xx's page visits
Hugged!
Xxcassie2323xx's FML badges
The list of badges to find
Xxcassie2323xx's favorite FMLs

Today, I told a friend that he looked smarter with his glasses on. He took them off and said "oh, and now you look more handsome". FML

Today, I was pulled over for going the wrong way on a closed highway. The construction signs pointed me in that direction, and the cop agreed that they should be fixed. Did it stop him from giving me a ticket anyway? Nope. FML

Today, while walking home from work, a young teenage girl ran up behind me and dumped a carton of milk on my head. She said, "The cow master baptizes you!" and then ran in the opposite direction, cackling madly. FML

Today, I called my seven-year old son to help me with the ice-maker on the fridge because it wasn't working. Without even pausing, he turned the child lock off and started laughing at me. FML

Today, while riding a roller coaster I got hit in the chest by a wasp going 80 miles per hour. As if that didn't hurt enough it somehow managed to survive and fell down my shirt. It crawled around and bit me a few times before the ride ended. FML