mrs
0
Followed
0
Followers
19
Badges
719
Comments
1885
Visits
670
Favorites
About Writergirl23
My name is Sophia, I'm an identical twin, though we aren't so identical any more. I'm married and have a gorgeous baby son. I'm an aspiring writer :) I write novel length stuff, anything shorter I can't, need the length. Was homeschooled for the last 4 years in A.C.E. which was the best thing I could have done, considering before I was homeschooled, I couldn't tell you what a pronoun is, which was bad, you know, wanting to be a writer. I am married to the most awesome man ever!! He is 25, and is gonna go far in life. He had a hard start though, his parents waited 16 years for him, then had a hellish pregnancy with him with a lot of the time from 6 weeks on spent in hospital, waters broke at 22 weeks pregnant, managed to keep him in till 26 weeks (which by the way in 1988 was the 23 weeks now but worse). Only New Zealand had the technology to save him, and had only had it for 3 years. Photo is of me back when my son was small, and I was twenty.
Writergirl23 - Followers
Writergirl23 - Followed
Writergirl23's page visits 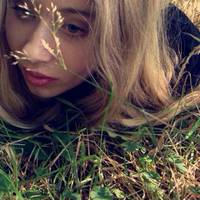 Today, I was visiting my new in-laws for the first time. During an awkward silence, I took my phone and figured I'd send my friend a text jokingly saying "Mayday, mayday! Somebody save me!" My mood lightened up a little and I felt quite well until my mother-in-law's phone beeped. Yep. FML
I agree, your life sucks 25 427
You deserved it 48 284

Today, after two weeks of being grounded, I was finally let out of the house by my mom. I had to call her at 1am asking her to come get me, because I got so drunk, I told my ride to leave without me. I'm grounded again after less than a day of freedom. FML
I agree, your life sucks 7 125
You deserved it 82 784 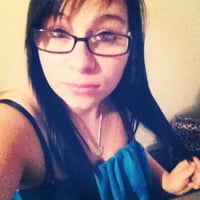 Hello everyone. I didn't know my FML got posted until now. This was more to express what an idiot I am than to be told I'm an idiot. For people asking questions, I'm 16 and live in Saskatchewan. A small town where there's fuck all to do. There is nothing wrong with my mothers parenting, I respect her for coming to get me and grounding me. I was grounded for another month after this happened and am going to addictions councelling starting the New year. I was out last night, first night off of grounding again and didn't have a sip of alcohol. Originally, I wasn't going to comment. But I figured you guys deserved an update. Yes I deserved it.

Today, I ran into my high school crush at Target. When I asked her if she remembered me, she patted me on the head, said, "Unfortunately," and walked away. FML
I agree, your life sucks 26 788
You deserved it 2 801

Today, my mom bitched me out and threatened to send me to a Bible camp, after catching me admiring a photo of a bikini model, which is apparently "immoral behavior." This is the same woman who cheated on my dad twice, justifying it by claiming the devil tempted her. FML
I agree, your life sucks 40 443
You deserved it 2 281