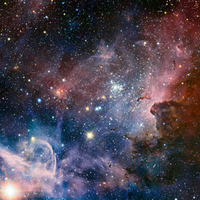 Today, my fiancé nervously sat me down for a "serious chat". The chat wound up with him asking if we could postpone our wedding, because his World of Warcraft guild had a raid scheduled for the same day. FML
I agree, your life sucks 56 864
You deserved it 10 748

Today, I got a call from a girl I was seeing. She said that she was falling for someone else, but she still liked me and couldn't decide what to do. Being the romantic (idiot) I am, I told her that she should do what would make her happiest, thinking that she would pick me. She didn't. FML
I agree, your life sucks 36 384
You deserved it 19 409

Hey everyone, this is the OP here. I didn't intend to create a profile or reply to any of this, but I just checked it for the first time since posting, and I'm kind of blown away. First off, I'd really, honestly like to thank everyone for being so nice about this. I wasn't sure what to expect, but this has been great. Thank you. I find the results of this FML to be pretty interesting. It seems like well over 90% of the girls that have commented think that I did the right thing and that it's more of the girl's loss than mine that she "let such a sweet guy go". For the guys, I think it's intriguing that it falls into either "Yeah, you f'ed up, buddy. Your fault for letting that happen" or "Yeah, this just happened to me too. I feel you, man". And, of course, a few people attacking me like I'm some kind of villain in this scenario and was insincere about my feelings and intentions, like I was trying to manipulate her or something. This actually happened a year ago (when I was 22), and it was my first "almost" relationship. I've always been a pretty lonely, introverted guy, and the thought of having a girlfriend has always been pretty ridiculous for me because I know that girls just don't tend to be interested in geeky, bookish fellows like myself, despite our generally kind demeanours. Maybe that'll change one day, but probably not for a while. I like to think I'm like the Toyota Corolla of guys: a very reliable, low-maintenance choice, but probably too boring at an age when what you want is excitement. Then, this girl came into my life, and I had one of the happiest months I've ever known while spending time with her. We got along great, spent a lot of time together doing all the lovey-dovey stuff that young relationships have (cooking for each other, having tea breaks together from studying), eventually getting to sleeping over in each others' beds and making out (which, for a guy with little make out experience, is pretty glorious, I've gotta say). Yeah, sure, I know, it was only a month, but when you've spent your entire life alone, this seemed like a pretty big deal at the time. I was really excited about what this relationship could hold for me. Then there was this other guy that the girl's friends knew, and they met. I'm not really sure on what the details were about the whole thing, but he also appeared to be a "sweet guy" type, and he seemed to have greater support and social connection with the girl through her friends (I, of course, didn't, since I don't really have too many friends and met her as a classmate). I met him one time, and I didn't really think too much of it; after talking with him, I thought he was a generally nice person, but not terribly bright and kind of one-dimensional (he seemed to be all about rock climbing or something). One morning at 2AM, I'm lying in bed, and I get the phone call as described in my FML. I listen to what's being said to me in perfect polite silence, but I can feel my heart getting stressed like it's about to get pulled apart. I was also torn about what to say. "Do I tell her to pick me?" "Do I tell her that I love her?" "WHAT DO I DO?" I couldn't decide what I could do about this (after all, can you force someone to love you?), so I told her to choose whoever would make her happiest. If nothing else, I thought that if at least she didn't pick me, she would still be happy, and it felt like the most correct thing to say at that moment. I know we hadn't been going out for a long time, but I was still confident that I was a better choice for her than this other guy. I thought I could do better than him, and I thought that she knew that. Well, at 4AM, I get a text from her. She had been up late thinking about it, and she told me that she decided to go with him, ending the text message with "I'm so sorry". After reading that text, I could feel my heart dissolving into little bits, my chest aching like someone was stepping on it. I didn't think it was supposed to hurt that much when you get rejected like that, but it did. I was going to have to return to my old state of loneliness and solitude, defeated by this other guy. As time went by, I started to get over it, but it still left a wound. I'm happy that she's still happy and together with the guy (even though I still think I could do better than him), but I'm still hurt that given the choice, I wasn't taken (ESPECIALLY since it was pretty much my first relationship after being alone for so long). One year later, here I am, no other girls in sight (pretty much as predicted), and I still wondered if I did the right thing. Browsing FML, I decide "What the hey, why not?" and post the story to see what reaction I'd get. And now I know. So, thanks, everyone. You've been great in helping me get some perspective on this.

Today, my boyfriend and I shared our first kiss. His partly digested nachos decided to make an appearance halfway through. FML
I agree, your life sucks 46 254
You deserved it 4 628

Today, I freaked out when the remote wouldn't unlock my car. I stood in the rain trying to open the door. Unsure of what to do next, I called my boyfriend. He told me to "put the key in the door". I had forgotten about that option. FML
I agree, your life sucks 10 440
You deserved it 67 747
​