The irony of the man who taught so many to read being bombarded by angry tweets from people who failed to read is not beyond us and all of Twitter is shaking it’s head right now.

This week on What’s He On About Now? Trump takes on LaVar Ball, a businessman and father of three basketball players, after Ball didn’t  publicly thank Trump for bailing his son, LiAngelo, and two other UCLA basketball players of out of jail in China. 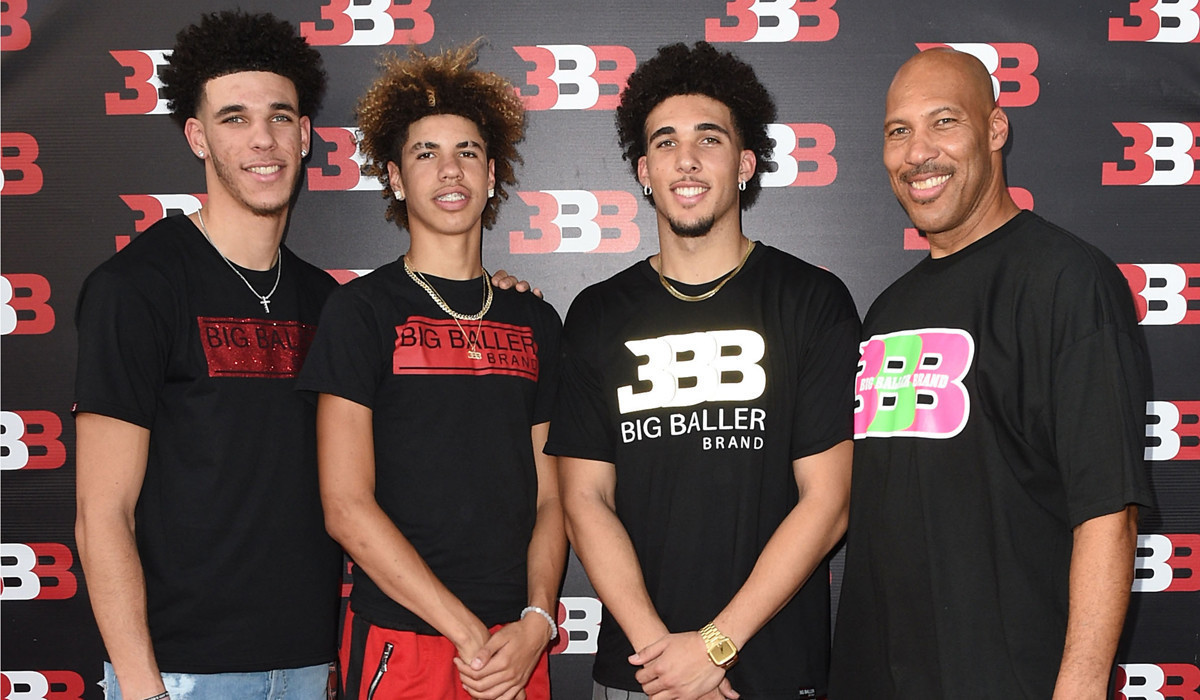 The three college students were arrested for shoplifting, a crime of debatable severity, during Trump’s Asia tour. But after awaiting the public gratitude and praise Trump so desperately needs to sustain his orange glow, he took off on a Twitter rant to berate LaVar Ball, calling him and “ungrateful fool” and “a poor man’s version of Don King but without the hair,” going as far as to say he should have left the men in jail. So, you know, presidential kinds of insults.

Now that the three basketball players are out of China and saved from years in jail, LaVar Ball, the father of LiAngelo, is unaccepting of what I did for his son and that shoplifting is no big deal. I should have left them in jail!

Shoplifting is a very big deal in China, as it should be (5-10 years in jail), but not to father LaVar. Should have gotten his son out during my next trip to China instead. China told them why they were released. Very ungrateful!

It wasn’t the White House, it wasn’t the State Department, it wasn’t father LaVar’s so-called people on the ground in China that got his son out of a long term prison sentence - IT WAS ME. Too bad! LaVar is just a poor man’s version of Don King, but without the hair. Just think..

...LaVar, you could have spent the next 5 to 10 years during Thanksgiving with your son in China, but no NBA contract to support you. But remember LaVar, shoplifting is NOT a little thing. It’s a really big deal, especially in China. Ungrateful fool!

While it seems like a frivolous tirade, considering this is a personal issue which the president of the United States should have no time for, there are of course, the loyal Trump supporters who have chimed in to back their man. Unfortunately for them, LaVar Ball is not the only man of than name in existence--a fact that, apparently, had not occurred to many of those chirping their disapproval. As a result, the completely innocent LeVar Burton is being harassed on Twitter.

Take a look, it’s in a book, a reading rainbow

LeVar Burton is a well-known actor and all around great guy famous for his role in Star Trek: The Next Generation and as the host of the PBS show, Reading Rainbow. One of his best qualities though, has got be his sense of humor, which has been shining the last few days as he’s gracefully dealt with the deluge of attacks he’s receiving on behalf of LaVar Ball and all because they almost share the same first name.

@levarburton You're a has been actor with a thief for a son and Trump is the president of the United States. Get the picture?

@levarburton you sure don’t do much for the black cause with your unlawful ungrateful parenting skills.

Burton didn’t flinch. He laughed it all off easily.

One of many sleights I am having to endure these days. Thanks! @Lavarbigballer... #bydhttmwfi https://t.co/uYkoDOV6yZ

He wasn’t the only one laughing though. Since the confusion started, Twitter has been in hysterics over the irony and ignorance of the mix up.

Butterfly in the sky. You got the wrong black guy.https://t.co/W8Cb9u8tf4

For those who need it, here's a handy list of people who are not LeVar Burton:

Burton
Burto
Burt
Bur
Bu
B
Ba
Bal
Ball
I can see why.

If only there were a TV show that promoted literacy and reading comprehension... ???

This Thanksgiving, we should all be thankful for this man right here. LeVar Burton, you not only taught us to read, you’re teaching us how to deal with idiots. God knows we all need help with that these days. By charlieg9 - United States - East Meadow
Today, I found out that I'm the creepy uncle of the family. FML
I agree, your life sucks
44193
You deserved it
15809
78 Comments
Favorite
Tweet
Share
By Anonymous

Today, my parents accused me of being secretive. I have no idea what they're talking about; all I do is work, go to school, sleep, and eat. Now I'm grounded until I tell them what's going on. I have crazy parents, that's what's going on. FML
I agree, your life sucks
47355
You deserved it
3204
69 Comments
Favorite
Tweet
Share
By Anonymous - 23/4/2021 23:01

Get out of there!