Lots of people hate spiders, but not many people go to such great lengths to kill them. When one Arizona man decided to unleash the fiery wrath of of his blowtorch unto some unwelcome arachnids, he ended up saying goodbye to the spiders and his home as well.

As if a spider infestation wasn’t enough of an FML, one man had to go and make things worse.

The Tucson fire department paid a visit to a mobile home in flames on Sunday night after an unnamed man started a fire that destroyed his home and took 23 firefighters to put out. 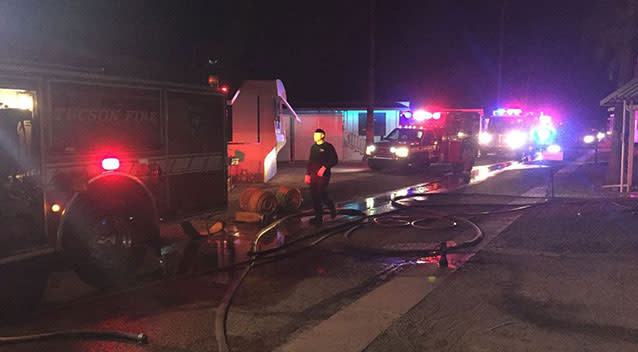 The fire began just before 9:30 pm when the man thought it would be a good idea to use a propane torch to evacuate the underside of the mobile home of spiders and their webs. He learned very quickly that fire was decidedly not the best way to handle the eight-legged trespassers because within minutes the entire home home was engulfed in flames.

When firefighters arrived, the man was seen carrying an elderly woman out of the trailer to safety. It took them 11 minutes to put out the fire, but by that time, nothing left was salvageable.

Thankfully, everyone involved is safe. Well, except the spiders. At least the man’s efforts weren’t in vain! By Anonymous - United States
Today, I found my phone under the car seat after three days. I flipped it open ready to issue apologies to everyone who had tried to get in touch with me and I had worried. No missed calls. FML
I agree, your life sucks
77791
You deserved it
10262
177 Comments
Favorite
Tweet
Share
By Anonymous - 14/5/2020 23:00