How many times do we have to go over this? If you’re going to tattoo something on your body, do your research first! Otherwise you might end up with something embarrassing like this guy.

I’m all for tattoos in solidarity. Take the Manchester solidarity tattoos for instance. Hundreds of people got tattoos in remembrance of the Manchester bombing that took place earlier this year. Or back in 2016, after the Orlando nightclub shooting, crowds of people tattooed themselves in remembrance of those lost and to show strength for their city.

Such tattoos are a permanent sign of support. And it’s how one guy decided to show his support for rescue dogs.

A redditor stumbled across his old high school classmate on Facebook when he shared a post about his new tattoo. 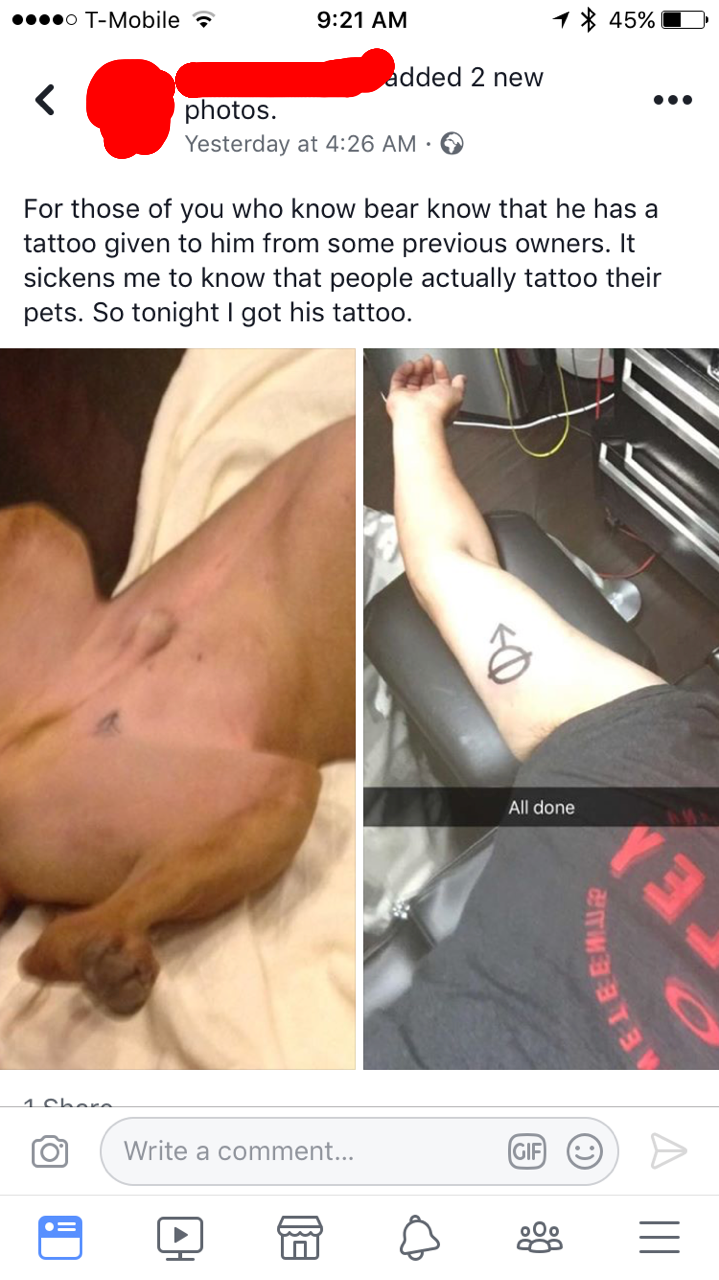 “For those of you who know bear know that he has a tattoo given to him from some previous owners. It sickens me to know that people actually tattoo their pets. So tonight I got his tattoo.”

Sweet, isn’t it? But while he meant well, he realized pretty quickly that he should have done his research before inking that symbol into his arm. 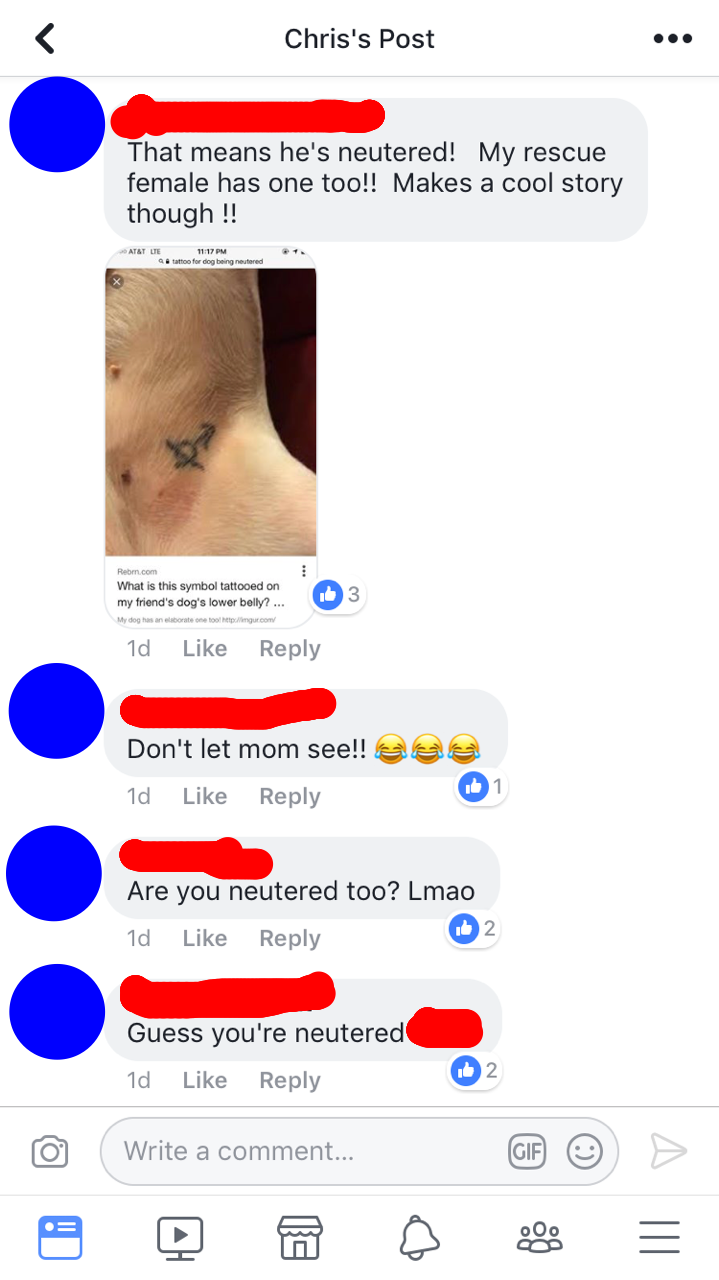 Honestly, I think a little common sense could have prevented this. The symbol this guy got tattooed was literally the male symbol with a line through it. It’s really not too hard to put two and two together here.

The photos, originally posted on r/cringepics, garnered a slew of hilarious and deriding comments, some of which noted that in fact, it’s common practice for veterinarians to tattoo dogs after they’ve been neutered in order to prevent someone from trying to neuter them again in the future.

But hey, looking on the bright side, at least that means no one will be coming after this guy’s balls any time soon!