A Man Who Was Arrested After Police Mistook Krispy Kreme Glaze For Meth Gets $37,500 Settlement

Nearly two years after Florida police wrongly arrested Daniel Rushing for possession of what they thought was crystal meth, but was actually just flakes of Krispy Kreme glaze is finally getting reparations for the unfortunate arrest.

Back in 2015, Daniel Rushing was rushing (heh) home from taking a friend to the hospital when he was arrested for speeding. But while he was ruffling through his wallet to pull out his driver’s license, Cpl. Shelby Riggs-Hopkins noticed something white and rock-like on the floor by his feet. The substance tested positive for crystal meth on a roadside testing kit, which led to Rushing’s arrest.

He tried to explain to the officers that the substance was probably just flakes from a Krispy Kreme donut he had eaten earlier.

"I couldn’t believe it, I’ve never even smoked a cigarette before, let alone meth.”

He was held in jail for 10 hours before being let go on a $2,500 bond. SIx weeks later, police announced they were dropping charges after further drug analysis proved that the substance was indeed just glaze.

But while the charges were dropped, the arrest is still on record and has made life difficult for Rushing, who told the Orlando Sentinel:

“I haven’t been able to work. People go online and see that you’ve been arrested.” 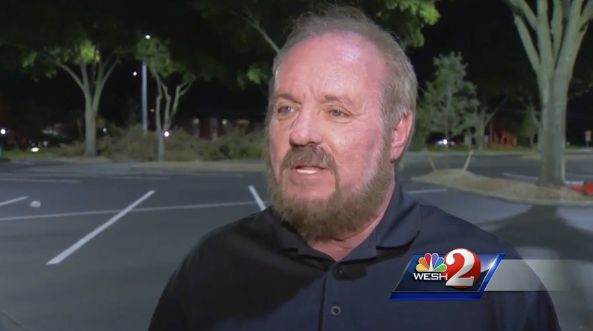 So, in December 2015, he sued the Orlando police department for damages and nearly two years later, Rushing is finally getting his pay out. The 65-year-old retiree says he’s pleased with his $37,500 settlement.

But for the cops, it’s back to school to learn how to properly use drug-testing kits so that costly mistakes like this one can be avoided in the future.

After all, there’s no crime in loving the glazed deliciousness of Krispy Kreme. By juliannamelissa - United States - Philadelphia
Today, I wanted to take a bubble bath with the jets in the bath that I haven't used in years. When I got in, it took me a while to realize that the jets had squirted out slime and a family of unidentifiable bugs that have probably been living there for years. FML
I agree, your life sucks
27114
You deserved it
9466
80 Comments
Favorite
Tweet
Share
By suuuuuupucci - this FML is from back in 2009 but it's good stuff - United States

Have a good one!

Innocent until proven guilty, but if you're ever been suspected of being guilty that's guilty enough to ruin your life.
Send a private message 14 2 Reply
well that explain s why we love Krispy kreame
Send a private message 2 0 Reply
Seriously, how does one mistake glaze for meth? And what kind of shitty test were they using (or maybe they stupidly read it wrong) that made the glaze test POSITIVE for meth? Ugh.
Send a private message 5 0 Reply
They ruined his life forever, ensuring that he'll never find gainful employment again, and all he gets its a paltry $37.5k? That's some bull right there.
Send a private message 3 0 Reply
Reply
I thought the same thing until I saw that he's 65 and retired... That's a nice payout for a pensioner!
Send a private message Reply
just goes to show.......you just donut do meth
Send a private message 2 0 Reply
Spicy
Today, my 5 year-old daughter and I had the displeasure of walking in on my husband going down on another woman. I don’t know what’s worse, the fact that...
I agree, your life sucks
130
You deserved it
6
1 Comments
Today, I had some unexpected alone time for the first time in months and decided to *ahem* play with an adult toy. As things were getting close to the...
I agree, your life sucks
374
You deserved it
86
2 Comments
See all the Spicy FMLs
© Beta&cie, All rights reserved